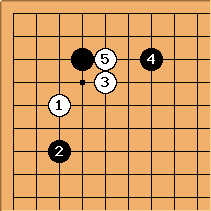 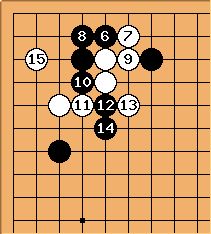 , white is falling for the trick. 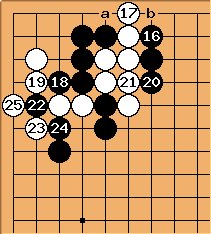 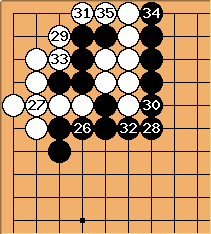 Tewari analysis of the resulting position 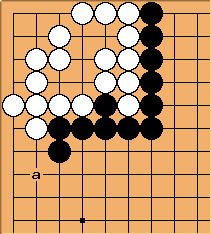 This is the end position of the trick play. Some players might argue that this is not so bad for white. After all, white did get at least 18 points (12 territory, 6 prisoners). And white can get some endgame around a. Is it really so bad, they might wonder? 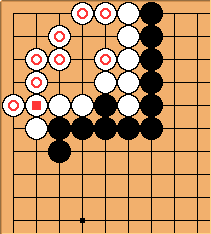 So, lets do a tewari analysis by removing pairs of stones. When we remove pairs of stones, we try to remove the same number of inefficient stones for both players (including prisoners).

White has captured 6 stones (including one at

). None of the black stones are positioned particularly inefficient, so for this position to be even, there should be at most 6 white stones that are inefficient (and could be removed to compensate for the 6 black prisoners).

But when we evaluate the position, we can see that there are 8 superfluous white stones, marked

. So the end result is not efficient for white, white has used too many inefficient moves here, compared to black. 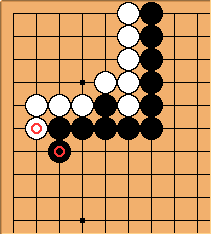 doesn't look that efficient either

reply: Well it prevents a white hane there. And if you consider the exchange

, neither of these moves is very efficient, but in the opening of the game, the white move

on the second line is worse than the response 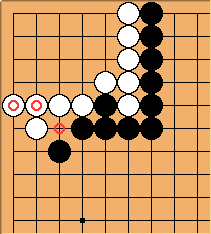 Bill: I paired the Black stone at

with one of the White stones. White has clearly lost more than one move.