I am returning to Go after 1 year of not playing, in which I seem to have forgotten a lot - especially Joseki, which I can remember almost not at all.

this is a phrase I like. Tazan no ishi - Stones from another mountain. It means to learn from another's mistake. My understanding is that it means that what another might regard as useless (mere stones, common as muck on one mountain) is useful to you (rare jewels on your own mountain).

Oka Me Hachi Moku means, roughly, that when you are deeply involved in something, you may not see things that that are obvious to onlookers. The go application of this is that kibitzers may see things that the players themselves don't. I don't particularly agree with this in practice but: 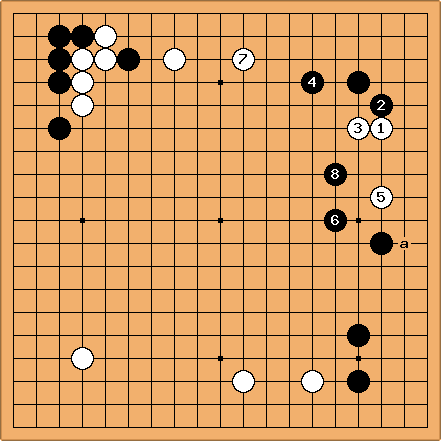