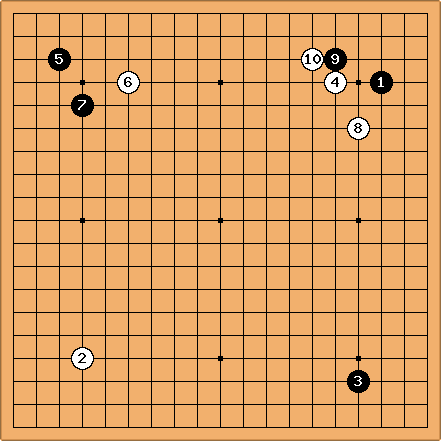 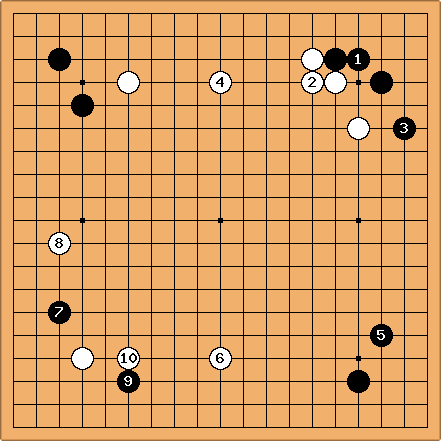 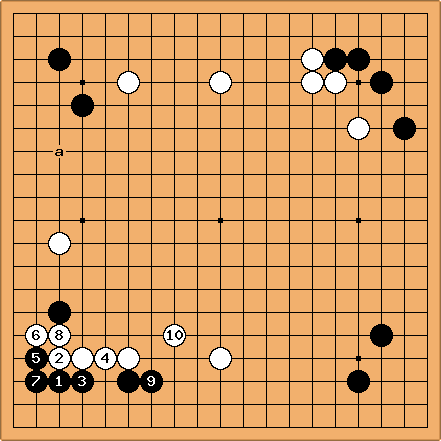 in this diagram is slow. White should take the initiative and play at a. Next diagram, Black benefits bigtime. 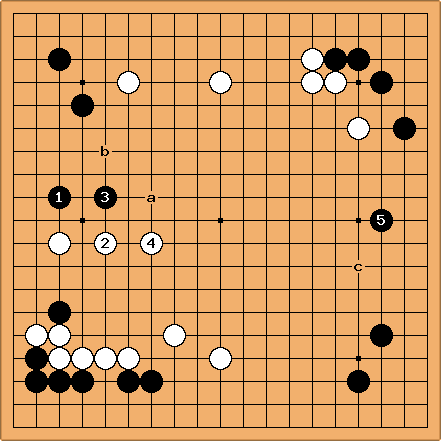 Broadly speaking I thought I (black) had the better of the opening but speaking to my opponent, he seemed to be happy that he was ahead to here. Of course later mistakes dominated the result...

is a mistake. You have secure territory in 4 corners, which should amount to about 65 points all together. If you play

at 'a' instead, I don't see how white can build a moyo big enough to compete with this.

Dieter: At the right side, I'd prefer Black c to

. But xela may be right that Black must solidify his top left. In that sense, I prefer b to a, because it firmly takes territory while preparing for an invasion. a does only the latter. 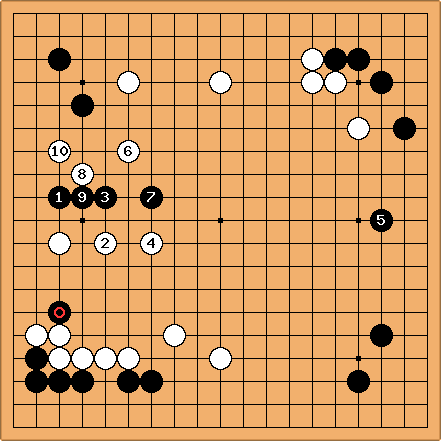 , i didn't want to get shut in so played

which is, i feel, a mistake. After

, a brief fight followed where the black group in the top left lived, and the

stones were sacrificed in ko while the marked black stone was connected to the group below it.

White argueably got the better of that exchange, although his territory across the top was also reduced. The game swung on two weak groups that white created in the bottom right sector