My friend (around 20k) likes to continue a resigned pro game to get an idea about the score difference. Here's some of his latest: 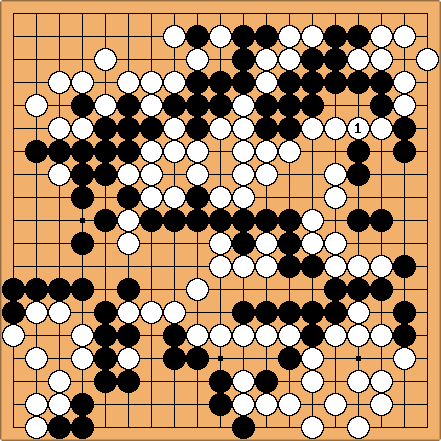 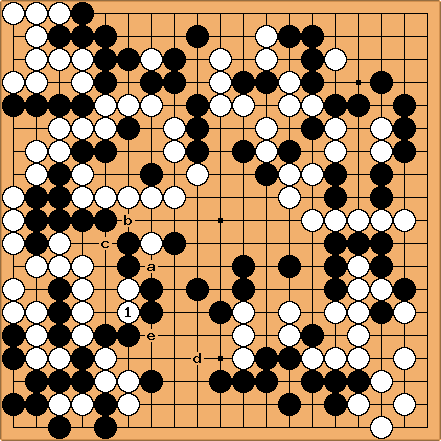 He's interested in hearing what the stronger players (in SL, since we don't have any dan/near dan players around) think about his result. Is it close? How would a strong player determine how much the winner in those games are leading?

kokiri - you need to know how many captured stones on each side (& komi obv.) for a start.

HermanHiddema: I'm not going to try to give a perfect endgame analysis, but here's how I look at this game. First note that in response to

, black must connect at a, or white will exchange b for c and then cut at a. After this, white can play d and black cannot cut that stone off, because of the white cut at e. Realizing that, I then count all certain territory and find that black and white are about even on the board (both just over 60 points). Given the komi plus the fact that white has two prisoners more, I would evealuate this game as: white is about 8-10 points ahead