他山の石 - Stones from another mountain

Here the move at a looks tempting in response to

is the pro move. This is because if black were to play first on top, he would play b, or somesuch, rather than a which allows

at a is an unhappy sequence for Black. Instead,

, makes the corner stronger, which devalues the invasion at c - if white invades, Black jumps outward, ands indoing so can reduce the left corner somewhat, without worrying about the corner. 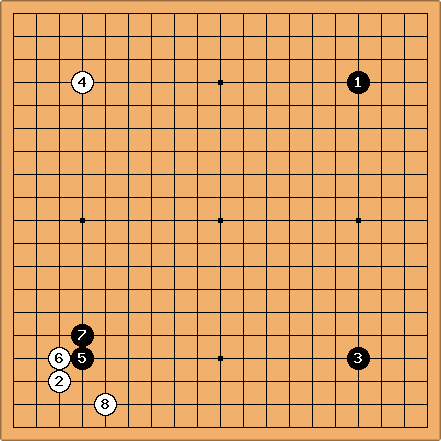 is the correct direction, because it stops the coordination of 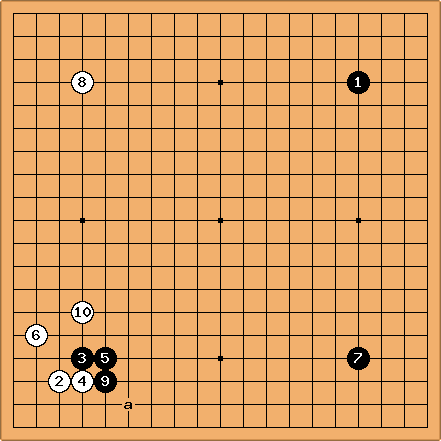 approaches directly, forces white to choose which direction to play and then chooses

If W8at a, black can take the third corner. This feels almost a movce faster to black than the diagram above, becasue of the ineffective move White plays on the 2nd line, vs. the good 2nd line move in the top diag. Other direction lessons: 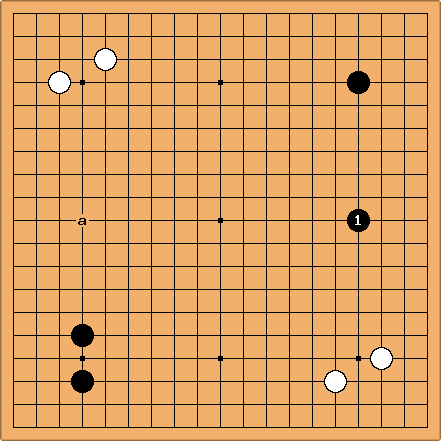 not a is right becasue the single star point stone is weaker than the enclosure.

Pretty much any situation on the top, 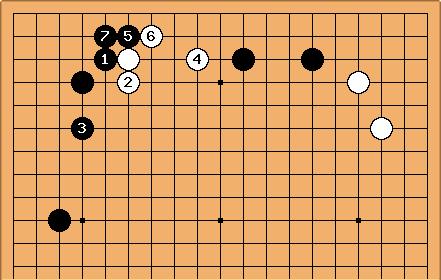 This sequence is playable for black because the top right stones are quite srong. Left corner is big, white stones are not yet alive