Dieter: I am temprarily storing this page in discussion format. I wanted to post the following diagrams, digressing from the 2005 Goodwill Rengo.

It is said that beginners play atari, but good players never atari obviously isn't true. So, there are good atari moves and bad ones.

Example of a bad atari 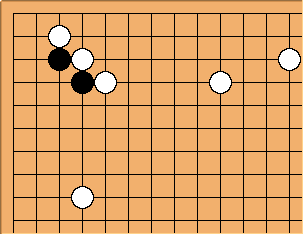 In this diagram, Black is trying to establish something in White's sphere of influence. 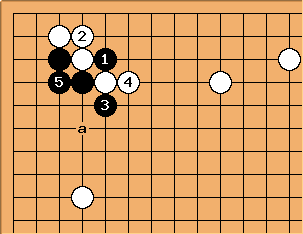 is a bad atari, because it will end up captured and serve little purpose. White can now severely attack (a) and though

will provide some aji while running, Black could have used this move better. 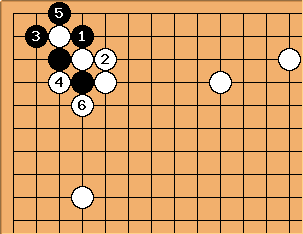 This sequence is not as catastrophic, but White's outer strength combines well with the rest of his sphere of influence. This atari is tactically OK, but strategically maybe not as interesting (we should see the whole board to judge that). 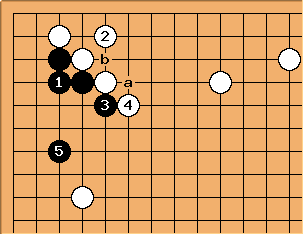 forces White to defend against the previous atari. Black now gets an extension to

and establishes something in White's moyo.

kokiri's idle thought - In this diagram Black will potentially have the option later in the game of playing an atari at a instead of the previous one at b. As a is less deeply inside whites area, it will thus have more aji.

Gul: What do you mean with more aji? Better for black? 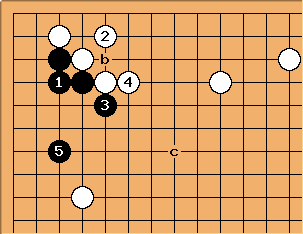 [1] Tderz: I guess it is meant that White should play a instead of

in above diagram, otherwise Black has the option of extending and threatening a ladder to c. 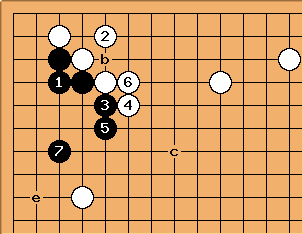 [2] White has to reinforce eventually at

, which results in better shape for black, than if White had skipped

and extended directly with

is not an atari, but gives the same impression.
It could be called bad pre-atari.

looks to the point e. 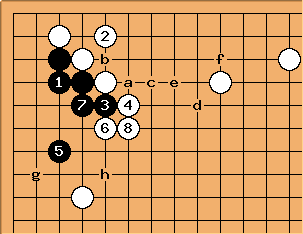 [3] continuating from above problem diagram [4],
White would use the chance to get influence. IMO the aji of Black a can be coped with Wd.
Of course, Black could think of making sabaki with e-f actions. The point here is not to discuss these later options, rather to show White's influence

Could purists argue that also

is a bad atari and aji-keshi? I think not, the advantages are too much. 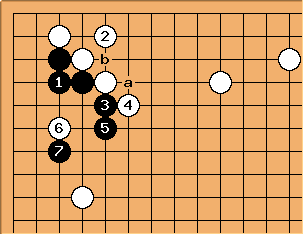 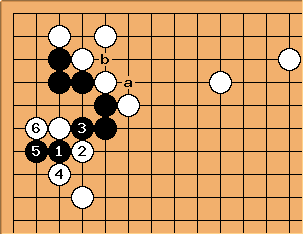 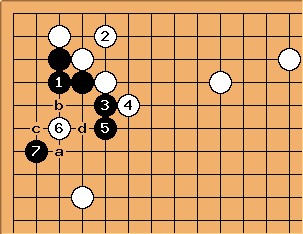 Black protects his cut in sente and gets time for the ladder.
The quite extension to 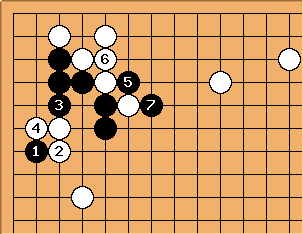 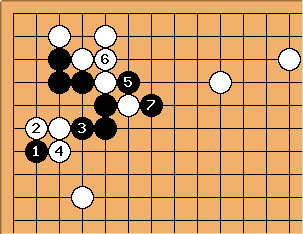 Example of a good atari 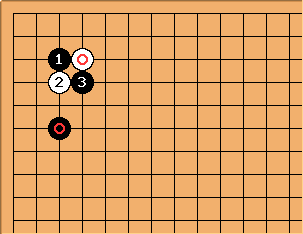 In this joseki, a cross-cut emerges. In abscence of neighbouring stones, extending from a cross-cut is generally better, but with the marked stone present, atari is the proper continuation. 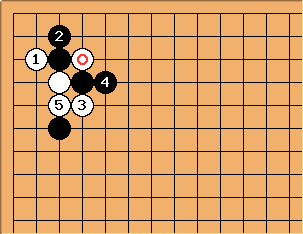 sacrifice the marked stone with the highest possible gain, then White ties it together with

. The order of play matters here: 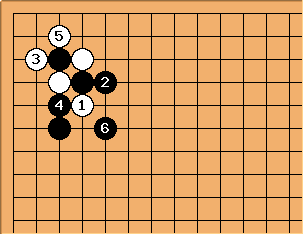 leaves Black the option to take the outside with

. As Black has the choice, it will generally favour him when he does take this option. To complete the argument ... 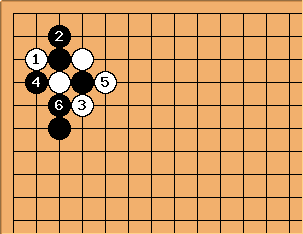 Black has options here too, but this one is dangerous and not preferable. White's

stone will provide bad aji for Black all over the place.