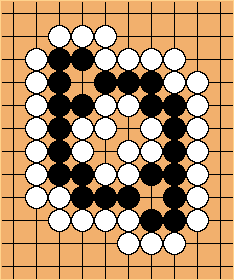 Three examples from professional play are analyzed in the book Weird and Wonderful - Volume 1 - Extraordinary Moves by Professional Go Players.

There does not seem to be a word for this sort of eye (apparently false, but actually real, due to connections in two directions). A group can live with one "normal" eye and another eye like this - see example 6. 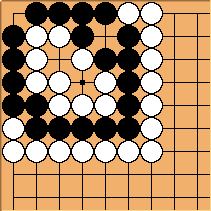 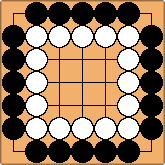 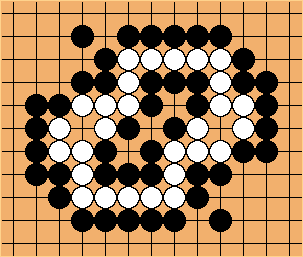 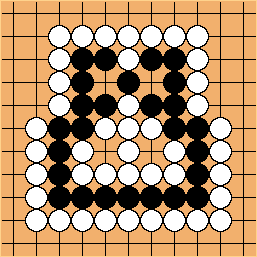 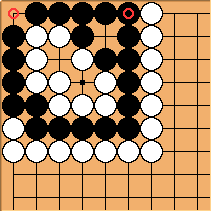 This example is based on example 2, changing the colour of the marked stone.

Here only one of the black eyes, the one in the corner, is "unusual" (i.e., locally looks like a false eye). The other eye (the one next to the marked stone) is a "normal" one-space eye. 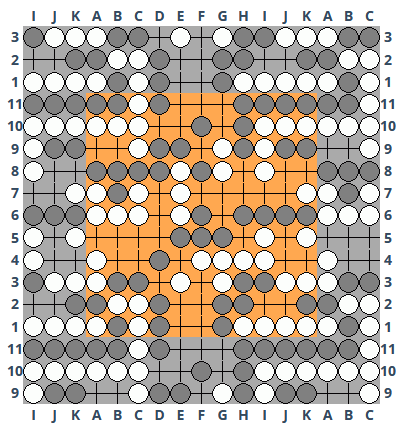 Malcolm This sort of eye seems to me to be more common in (11x11) toroidal Go. This example is from one of my

toroidal Go games. This picture shows the final position; Black has resigned. If Black were to continue playing this game, some variations have White connecting at J8 or J7, at which point A2 becomes a (seemingly false, but actually real) eye.