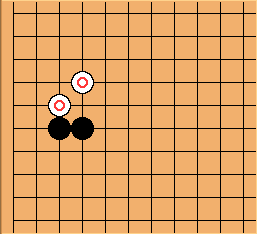 According to Cho Hun-hyeon, the White kosumi is a weak player's diagonal. There is a star point joseki in which this shape occurs, but in general it should be avoided [1][2]. 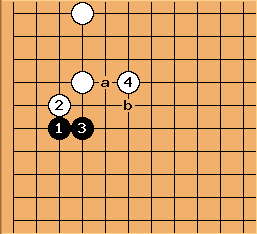 should be played now. Instead

at b is a play to attack Black more strongly, but Black at a will then remain as a weakness.

That's just one aspect of the problem for White with this shape: it tends to concede some influence.

Actually, if you analyse continuations after the diagonal contact then tenuki you can see two good follow-ups. 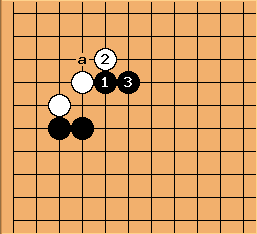 build influence while leaving White a cutting point at a. 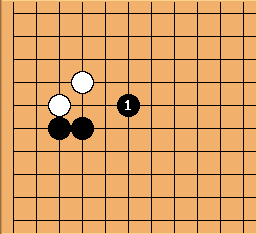 is a gentler and lighter way to play. White's attempts to cut it will end in bad shape. 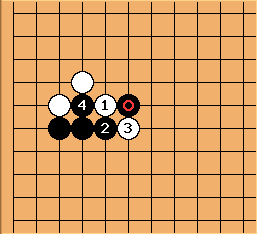 is bad shape since White will lose a stone after 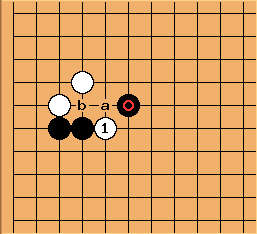 If White tries to cut the other way, with

here, Black could answer with a or b. Black at a, White at b to cut and White has an empty triangle. 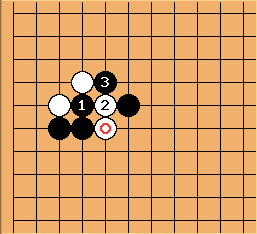 And here it seems like White has more worries than Black. Usually

To add to that, Black has the option to play

in the diagram above some time as a kikashi, protecting the cut. 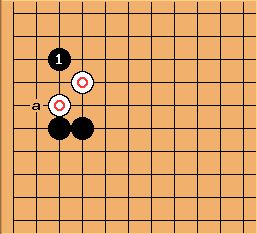 hits the basic weak point of White's formation. It takes away potential eye shape for White and threatens to connect via a.

[1] See joseki as a source of bad habits.

[2] Charles This one shape should be studied in relation to its subsets, in fact. 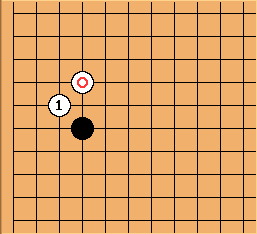 The fundamental 'weak player's diagonal' is