This pattern is one of the most-frequently discussed of simple configurations on SL. 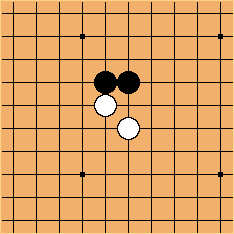 This shape would usually arise from a diagonal contact sequence. 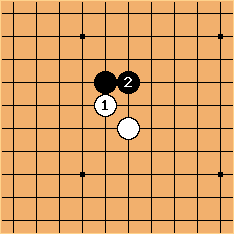 , it is a popular play in many contexts. But not always a good one.

The point is that 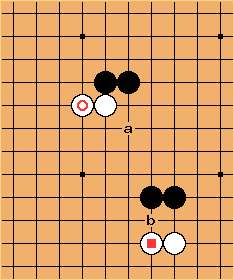 We can make these comparison shapes, in which

has been moved from a, or

Extending the other way 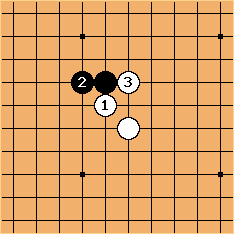 is played. This idea comes in a number of joseki. 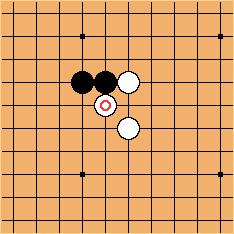 Another fundamental way of thinking is the diagonal as half-way to an eye. 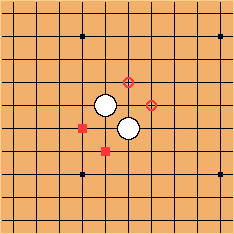 White could hope to build an eye with the two circled points here, or the two square-marked points. 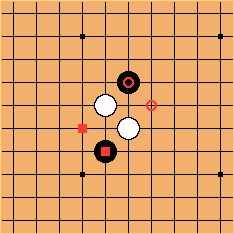 If either of the

stones is in position, White's eye shape is much worse. If both black stones are there, this looks like a pattern with Black on the attack. White's plays at the marked points are now bad shape. The page diagonal attachment - as inferior shape discusses further the first of these topics, and compromised diagonal the second.

The Japanese term hebo kosumi may well refer to both shapes, made inappropriately.