http://kgs.kiseido.com/games/2006/3/19/flyingo-twoeye-3.sgf . The question is the status of the bottom-middle black group, if W plays first. I like this problem because it took me three different conclusions of why one player was alive before I got to the correct one. :) 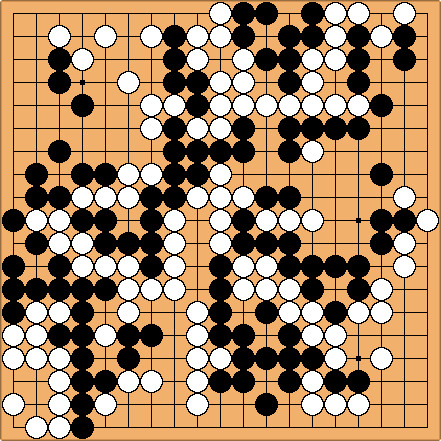 2005-12-06: A silly page wondering whether I've acquired the UltimateGoBoard.

2005-11-11: A beautiful (but sadly unplayed) squeeze from one of TheCaptain's games tonight; white to play. W resigned, missing that L8 (circled) captures B, and keeps W's otherwise-dead group connected no matter what the B response. Check it out! 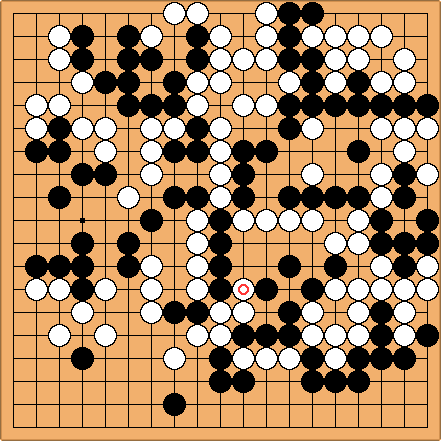 2005-08-28: I'm going to mention some patterns I'm trying to see more often, since they tend to improve my games. Here's the first; black overplays the response to white's cap, and plays himself into a ladder. 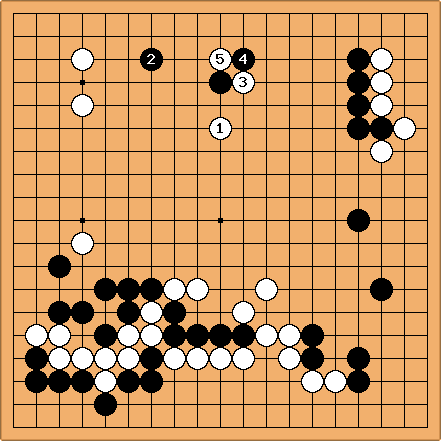 2004-09-09: I wrote a piece of software for interpreting photographs of Go boards and outputting an SGF of the state of the board. Lots of images and a movie at <

http://www.queena.com/clips/go.html is a great article.

Here's hoping I can make SDK before Christmas.

I came across this pattern in a game today (2004-03-01). I proceeded to start playing like my normal patzer self soon afterwards, losing b5-c5 after the cut on d5, and letting all of the white groups live. Are any of them ``technically'' dead, though? 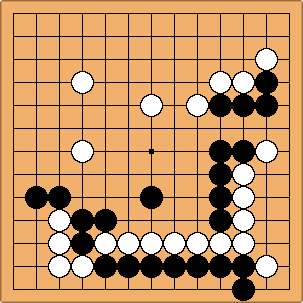 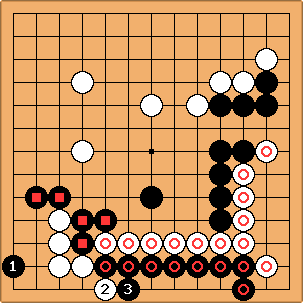 Quacki : The monkey jump at

would kill the left white corner group. The stones with circle are basically alive (A white hane at

reduces the space to four in a row, which is alive). I did not read out (if possible to me)

. There may the possibility that white can cut and kill one of the two squared groups. 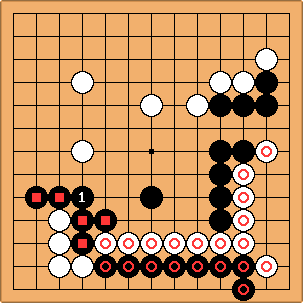 Velirun: The corner will just wither away and die on its own - no provocation necessary. Next, you can aim at an invasion on the top. Either 3-3, a jump along the left side, or using the two cutting points top right will yield a fine result. Here's what may happen lower left: 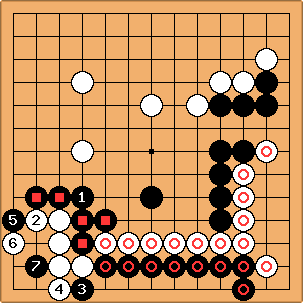 (2004-04-14): I came across this seki in a game today; unusual since black has no eyes and white has two, rather than them sharing the same number. I was playing black, and white resigned at this point -- perhaps seeing that he couldn't play anywhere without checking to see whether it was the case that I couldn't either. :-) Does anyone else have unusual sekis to show off? 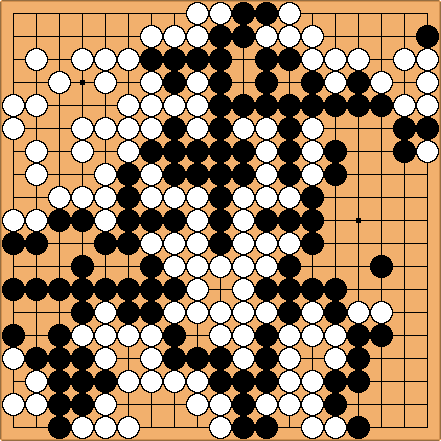 wow this seki roxs. thx for posting a ginormous board. my friend unbiquity? 2d had a sick seki in a tourney game. I don't remember which tourney, maybe Oza, maybe '04 US Open. -meditation

I don't know if you're still working on image2sgf, but I think GoCam might be interesting, since the program seems to recognise the grid from the image.