This page is the reflection of SL people effort, no discussion of published material

Dieter: After a search on Gobase, I realize one can't speak of joseki here. The variations are just too much.

Charles Matthews Brave guy! I think there are some unexplored joseki out there. I have heard tell of a Yasunaga Hajime variation that may be poorly documented. 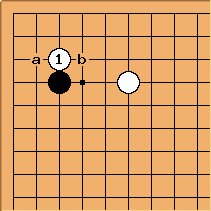 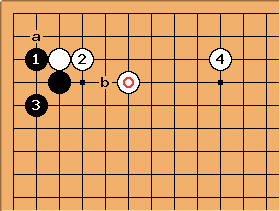 [1] In this peaceful variation, the corner temperature rapidly cools down.

is more efficiently placed than on takamoku (b). This is better for White than the corresponding takamoku joseki.

Now a will soon become very big, both making and denying a base.

Bill: I doubt it. (That comment was made before I added

. But if Black wants to attack if White omits 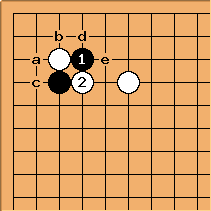 [2] a, b, c or d are considered joseki. The move at e is interesting but bad for Black, usually. 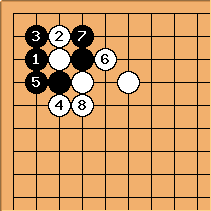 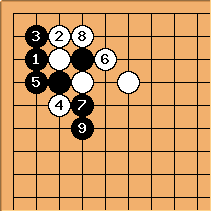 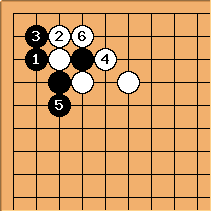 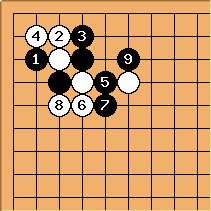 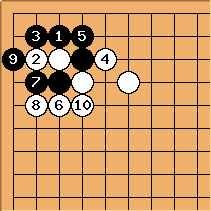 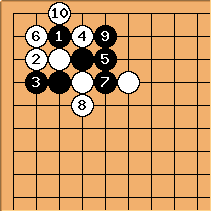 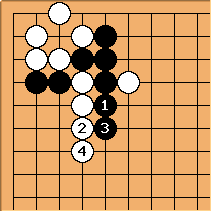 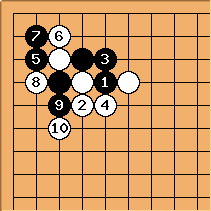 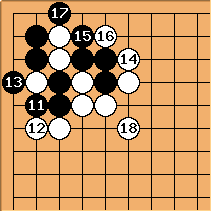 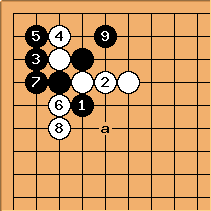 White can probably play a little sharper now than a 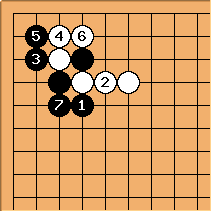 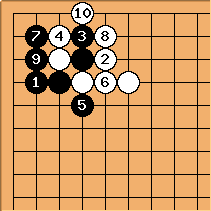 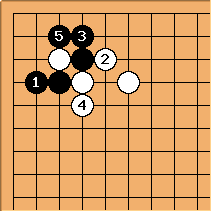 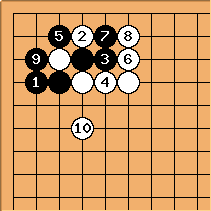 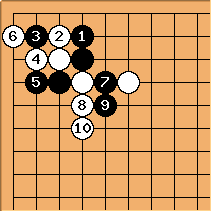 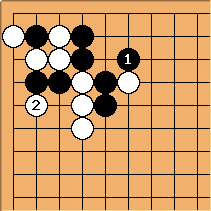 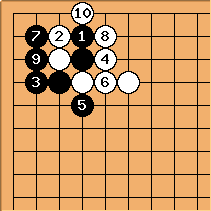 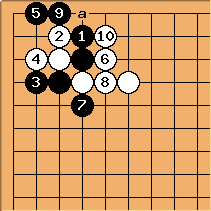 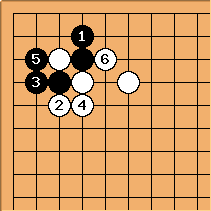 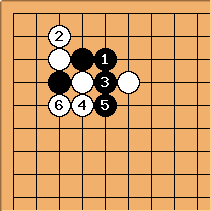 is the best reply (IMO, please confirm). The corner is big. 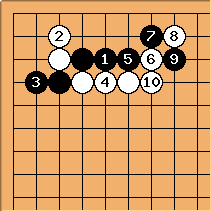 is unplayable. White will get enormous thickness and influence in all directions : 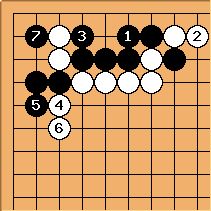 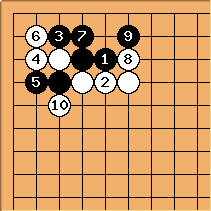 here, B gets the corner and sente. It looks as if White is tricked. 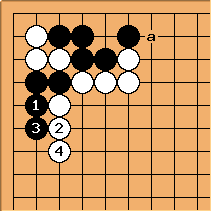 Dieter: What is not clear to me, is whether a is now too important for Black to play tenuki. This result somehow reminds of a result of the large avalanche but for Black having sente I think. 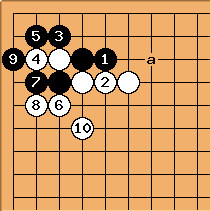 This way looks fairly equal. Should Black use his sente to play a ?

I disagree with 10. It isn't needed to defend the cut, since a geta will do.

[3] DaveSigaty: You mentioned a second tenuki by Black at the top but did not show any variations. It is actually Black's most frequent choice (per GoGoD, I didn't confirm on Gobase), so it should also be considered joseki, no ? :). 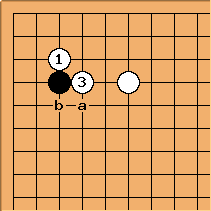 White most often plays 3 to which Black answers with a, b, or a third tenuki.