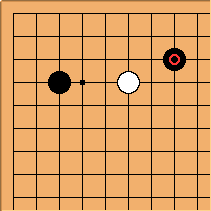 It is known for White to play tenuki here, after the pincer

. This example is of interest in relation with the discussion at quasi-pincer. 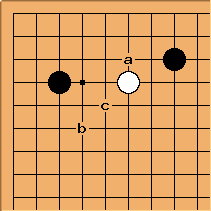 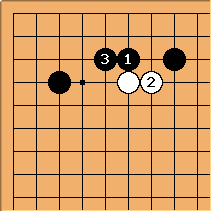 This is the most common (widest path) development: now White possibly plays tenuki once more.

The interest here is that this seems to connect with the Go Seigen 'twenty-first century' ideas. By transposition, this sort of local sequence is considered: 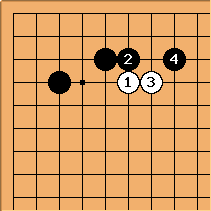 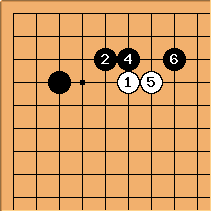 So, a tentative connection is established between three ideas: