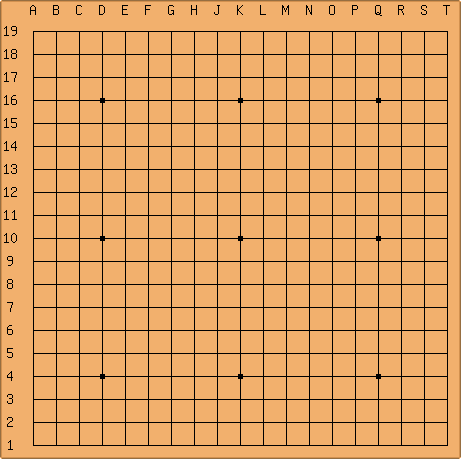 For hundreds of years, the default board size for Go has been 19x19 lines and this is the size almost every player will expect to play on.

This size gives a good balance between the easily secured territory below stones on the third line (72 on the first line plus 64 on the second line, 136 points total) and area in the centre above the fourth line, for fighting (an 11x11 rectangle, 121 points total). Thus the strategies of territory-taking and whole-board fighting can both be effective.

Interesting coincidence concerning "19x19": The Baha'i religion divides the year into 19 months, while each month contains 19 days - they add 4 days apart to celebrate the new year . This division derives of the Baha'i belief in the importance of harmony and a high meaning they believe the number 19 has.