The small gap is a particular feature of amateur players' games, which stronger players instinctively avoid in most cases. It usually arises from some kind of play that is too close. 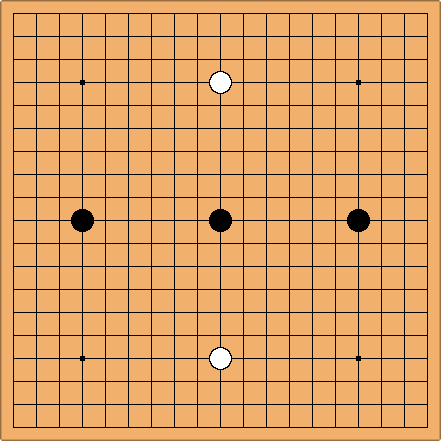 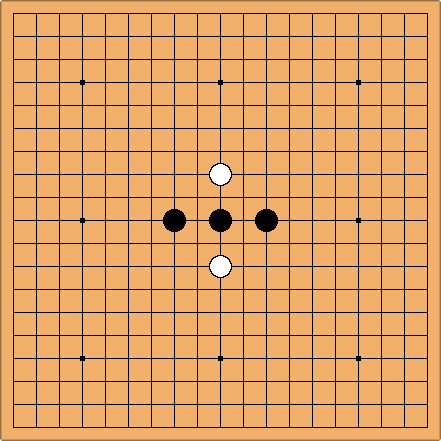 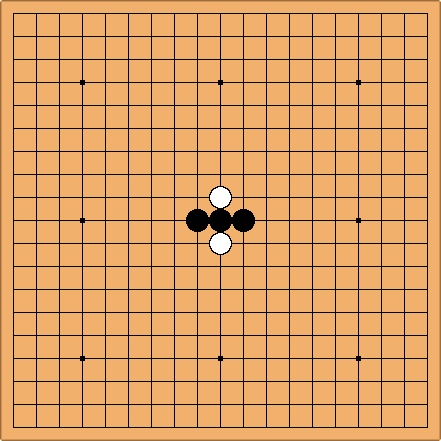 The concept seems very simple. But one can see this basic mistake in many amateur games, even at dan level.

Pushing through a small gap 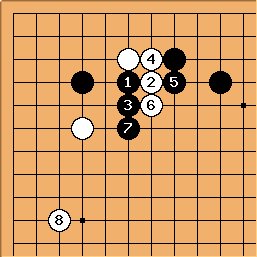 Here's a typical sequence, in which Black is not doing at all well. Dividing your opponent's forces is strong (unless they are already strong). On top of that, the smaller the gap through which you push, the stronger the push that divides them. The basic reason for that is that it is easier for them to connect if you do not separate them. 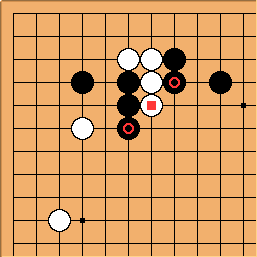 Concentrate on the two

stones. They are separated only by a diagonal jump; and yet

cuts the communication between them extremely effectively. 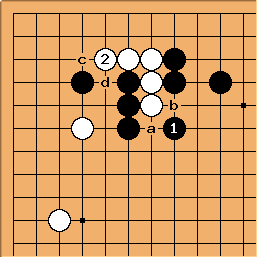 This kind of play, with

, is rarely effective because White can make so many cutting points in Black's formation with the plays at a and b. After

creating further chances at c and d, it is unlikely that Black would kill White in a handicap game: too many possibilities for White. 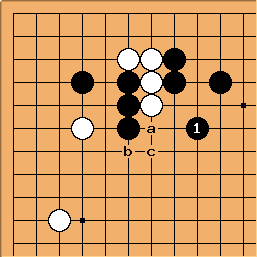 here is the kind of play that in fact makes it easier for Black to attack successfully. If White a Black can choose b or c: in either case the fact that

is one line further away is helpful to Black. 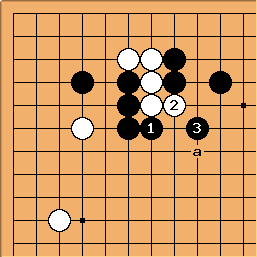 , White will be able to cut. Black should be able to think of playing 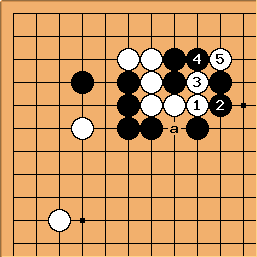 This, for example, is an unreasonable fight for Black since White at a is now strong. 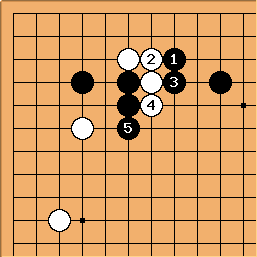 Another way to get the feeling that Black has effectively forced White out through a small gap, is to consider this re-ordered sequence (tewari). In this case

(a raw peep), and the bad exchange

, are exactly doing that. 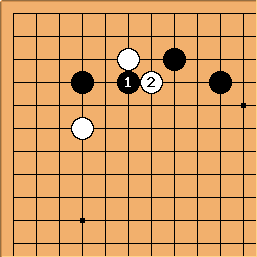 Back to the first diagram: what should black do instead? 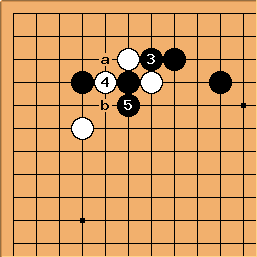 here should be basic instinct. After

, if white plays a then black will play b to close another gap. Or white b, black a leads to a different fight. These options might look slightly scary for black, but they're definitely better than the "Black plays poorly" diagram at the top of this section.

discussion for some earlier alternatives.