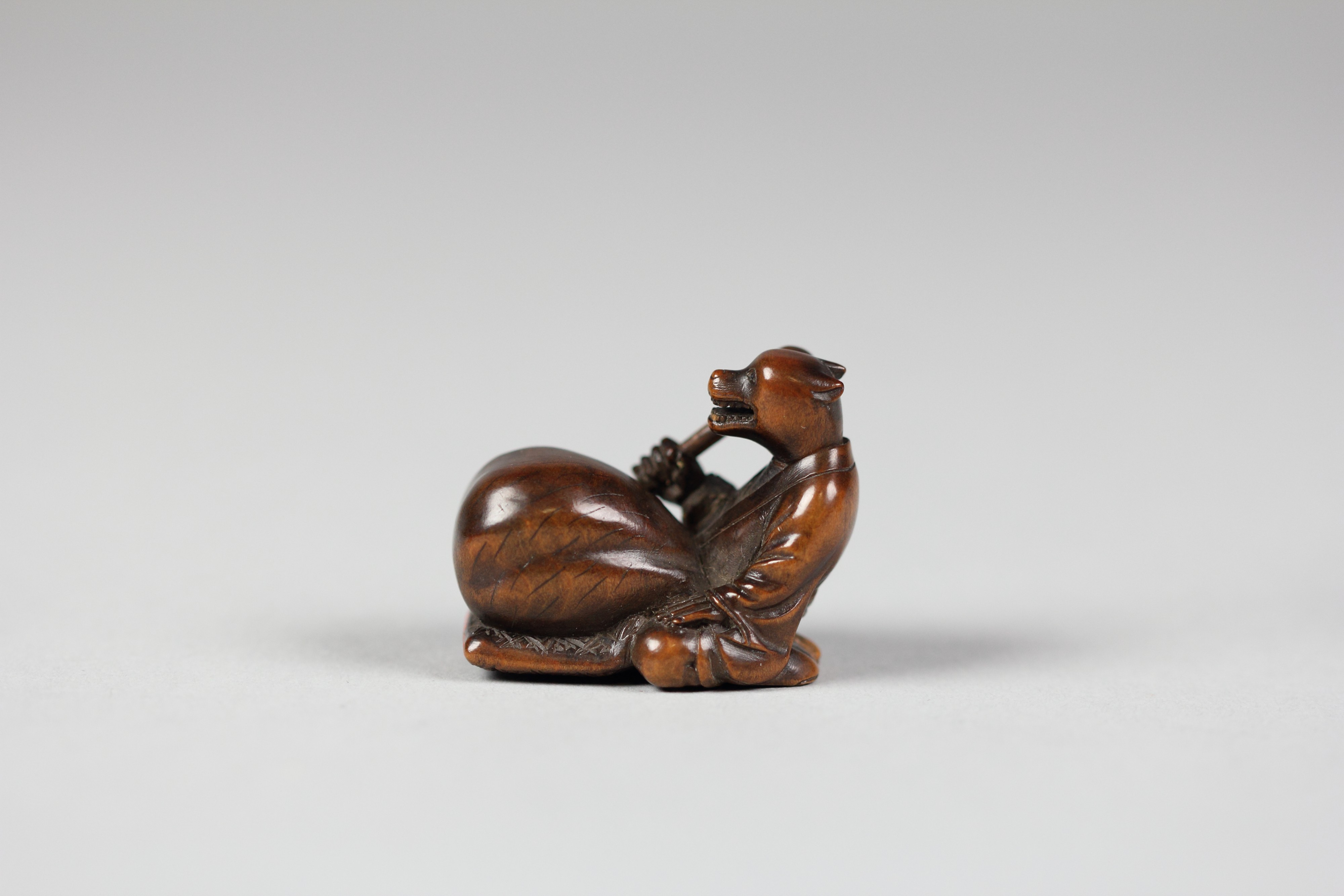 One of these colorfully named tesujis, tanuki no hara tsuzumi is usually translated from Japanese as as the raccoon-dog drums his belly. The

tanuki (Nyctereutes viverrinus) plays a part in Far Eastern mythology, a prankster and shape-shifter not unlike the fox, but less malevolent. Statues depicting the mythical form of the tanuki are often seen outside of temples and restaurants in Japan. Real tanuki resemble something of a cross between a raccoon and a fox.

There are two Chinese go terms for this tesuji. The

yellow oriole is a type of bird, as is the goshawk. 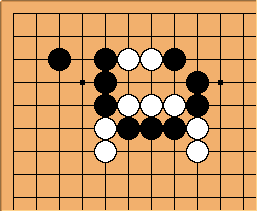 This problem from Gokyo Shumyo illustrates the basic pattern. 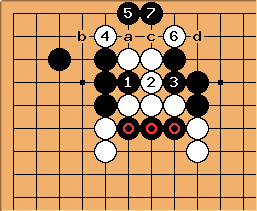 is the tesuji. Critically, the marked black stones have three liberties. Any fewer and the tesuji would not work. After

, a and b are miai as are c and d. White can even capture the two stones on the edge, but will never get more than two liberties. 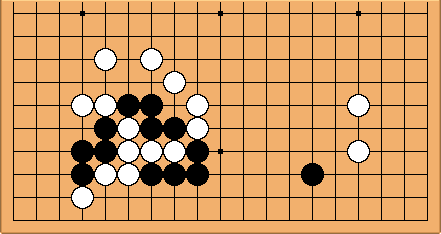 This example is from Segoe Tesuji Dictionary. There are many problems requiring this tesuji in that collection. 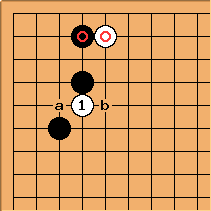 Knowledge of this tesuji is also a prerequisite for playing and responding to this hamete. Black must decide now between answering

at a or b. See 4463 enclosure second-line side attachment, trick play chapter.

Part of this castle game is analyzed in the book Weird and Wonderful - Volume 1 - Extraordinary Moves by Professional Go Players. 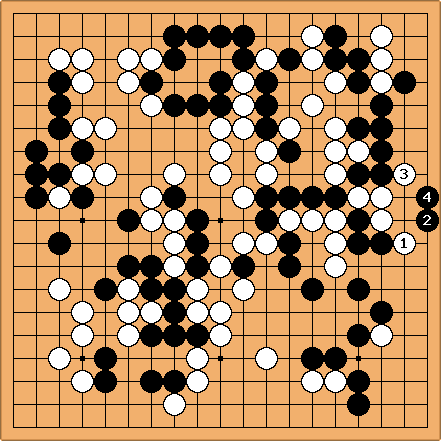 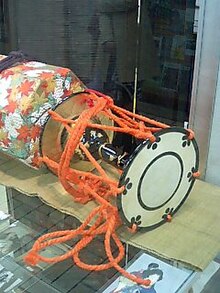 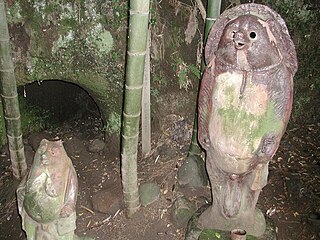 Tanuki statues at a temple in Kamakura

Tanuki no hara tsuzumi is sometimes mistranslated as patting the raccoon's belly. A tanuki (raccoon-dog) is a canid, related to wolves and foxes; it is not a raccoon.

tsuzumi is a traditional Japanese drum.