The following is an example of a ko fight from a top professional game, namely game 1 in the final for the Samsung Cup edition 2011, between Gu Li (Black] and Won Sungjin (White). 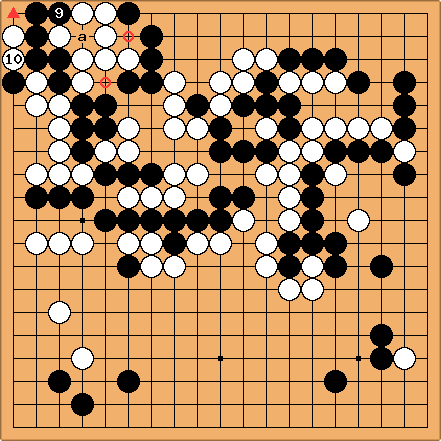 The situation in this game is that White has chased a big black group all over the centre into the left. Black has scrambled to make a ko in the corner. Against

, White cannot connect at a. Instead, he throws in at

, putting Black in atari. The ko fight can start. The ko is a direct ko for White but an approach ko for Black: count the remaining liberties of each group (circles and triangle). 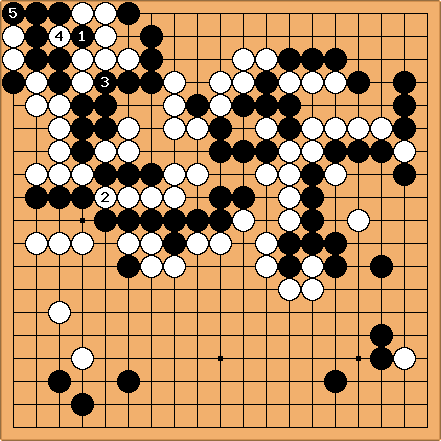 is not a ko threat: it connects the White stones on the left by capturing three cutting stones, so that, IF Black would win the ko, the capture of the large black group in the middle would not be affected. In effect, White has reduced the size of the ko: the stake of the ko is reduced to the upper left.

is the first approach move in the approach ko. Now the ko has become a direct ko for both, as said, with lower stakes.

captures and now Black plays a local ko threat with

. He threatens to make more liberties there, winning the fight. 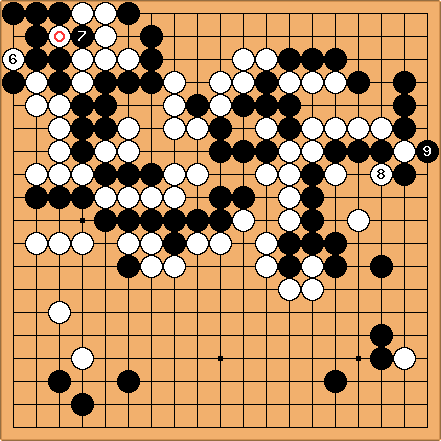 White throws in again, restoring the atari and Black takes back the ko. There are no more local ko threats, so White plays the first ko-threat elsewhere.

threatens to destroy the right side. 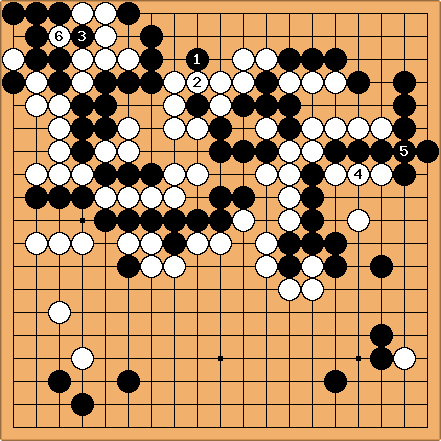 And so a common ko fight develops, with

both being threats to turn the tables elsewhere, then taking back the ko with 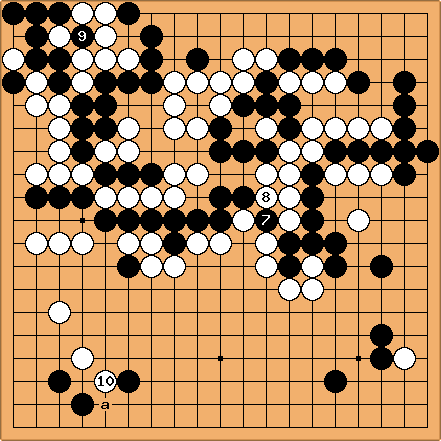 The ko fight continues with

another threat to bring the central group back to life.

now calls for a response at a but ... 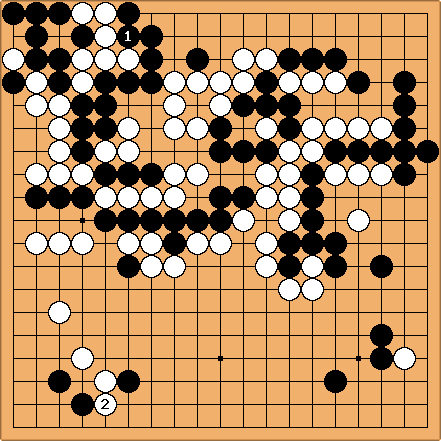 ... Black resolves the ko with

and captures the corner. White now cuts up the bottom and the game continues for a little while, until it becomes clear that the damage done is too big for Black to bear and he resigns.

Probably the game was already desperate for Black when he started the ko and it definitely became difficult when White reduced the size of the ko, solidly capturing the central group, in return for allowing Black to make it a direct ko. Nevertheless this sequence shows a number of key aspects of ko and how professionals manage the dynamics of a game in which a ko develops.