Imagist: This is my solution, please let me know if there are any problems. This reminds me in some ways of an under the stones situation. 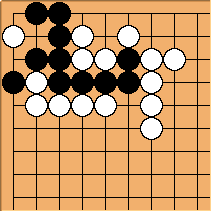 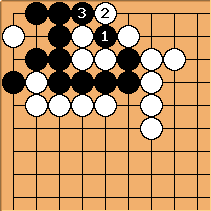 After this there are two variations. 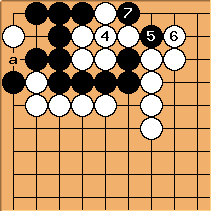 Herman Hiddema: Have you considered

at a? It's an interesting variation...

Imagist: You're right! I was filling in this solution from memory and I forgot about that variation! I've added it below. 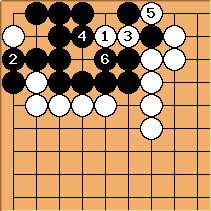 both threaten a followup

which creates a small capturing race that catches the

is the only way to prevent this. 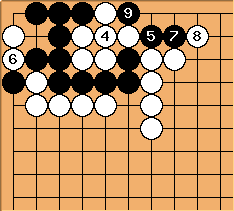 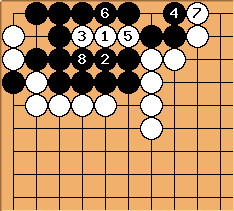 group. This allows black to respond to 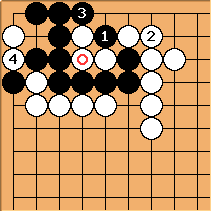 (instead of a), then after

, Black lives in gote by playing

. This way Black does not get an endgame capture. 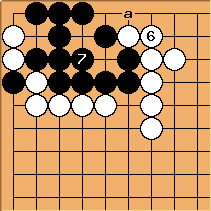 Imagist: Black to lives with only two points territory and three captured stones, and in gote. This leaves a small endgame play at a for either player. 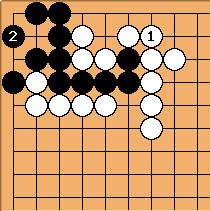 Imagist: Even better would be for white to connect in sente instead of trying to play nakade. :) 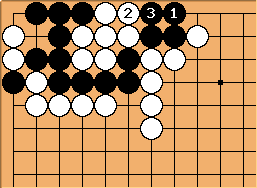 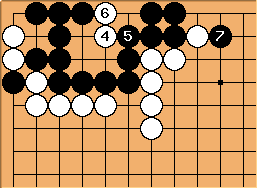 is difficult to justify, but if white is strong in the area the points gained by creating a seki might make up for it.