This is an art game I'm working on. Feel free to critique my play--I'm just a 1d, so I'm sure it's far from perfect! 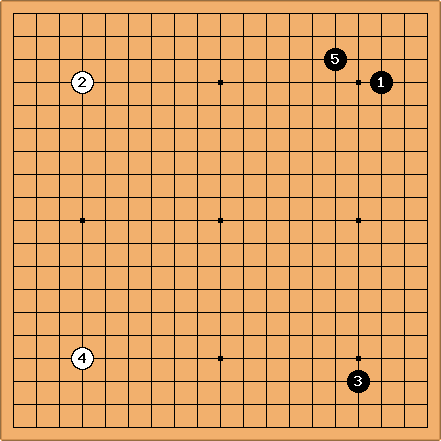 are an opening I play often. I like to create groups that are solid and territorial, and then attack from them.

I chose the hoshi opening for W because this is the most common response, and one I'm not particularly comfortable playing as W. When I encounter

, I usually prevent an enclosure by approaching. 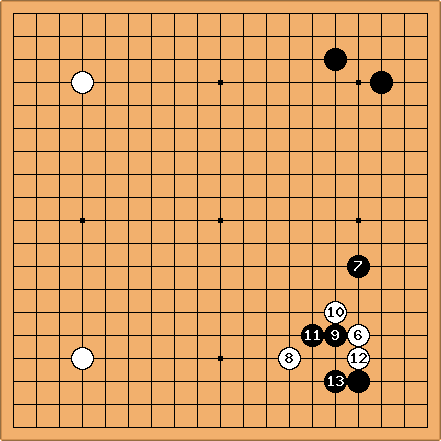 In this position, this

approach is common, and I frequently respond with this

is a less common play that starts my favorite joseki (see "A fighting variation" on 34PointHighApproachTwoSpaceHighPincerOgeima). 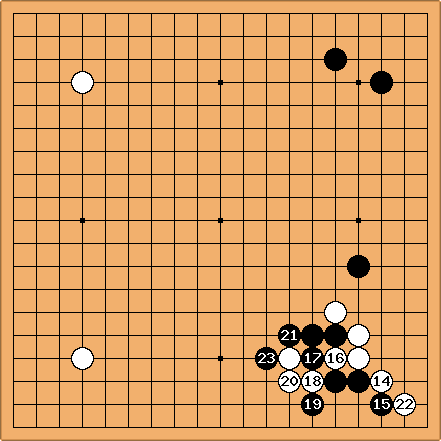 These are a normal joseki, and low dans are sometimes able to read out this sequence as white. 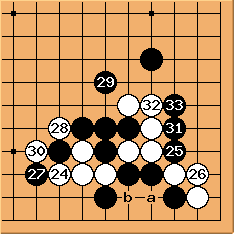 At this point the joseki I have found is this, ending with a large capture of stones after white "a", black "b". I am skeptical of this as joseki, as I don't like this result at all as white. In my view, the exchange of

is a thank you move, forcing black to play the move that he wants to play to ensnare white's stones. 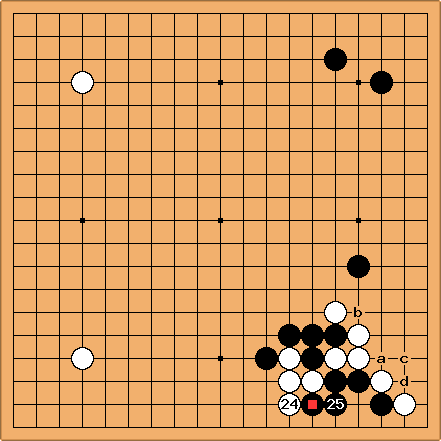 To avoid that variation, I chose this

At this point there are many temptations away from life for black. The atari at "a" loses the capturing race without white's thank-you move. The cut at "b" lets the black group die when white simply connects at "c". The atari at "d" lives small in the corner, but gives up the marked black stone. So black's best move is 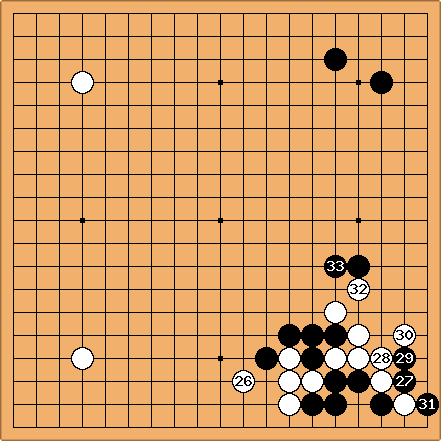 Both players back carefully away from the edge of death. 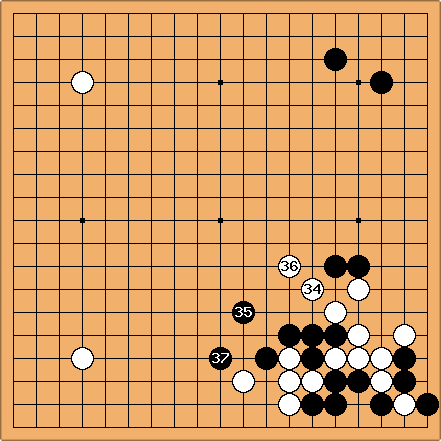