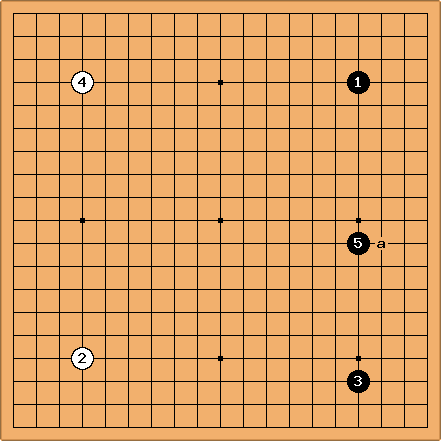 is played at a. The high variant is more influence-oriented, the low variant more territory-oriented. The high Chinese opening can be compared in this respect to the san ren sei-opening. 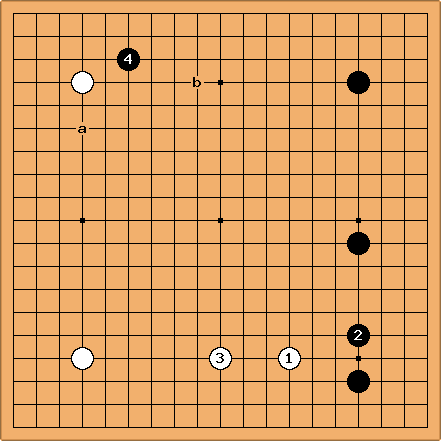 The High Chinese being oriented towards the centre, inviting an invasion of the right side, White can forestall such development, by playing

. If Black chooses to maintain his large scale connectivity with

starts the creation of a big sphere of influence, while Black is somewhat forced into making territory, albeit on the 4th line. Next

can be answered by a or b in particular.

a will lead to mutual moyo building, while b will invite Black to take the corner and lead to major white influence in the centre, against big black territories. Gobase has 2 games for each pattern, which is probably not enough to make any kind of conclusion on this variation of the opening.