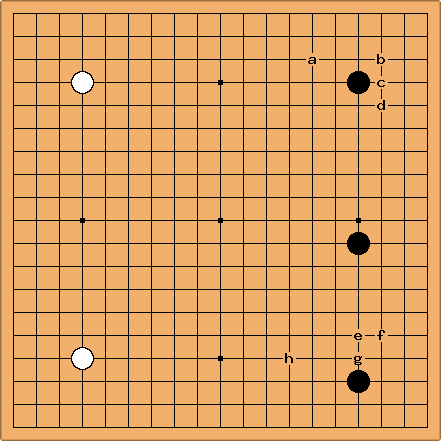 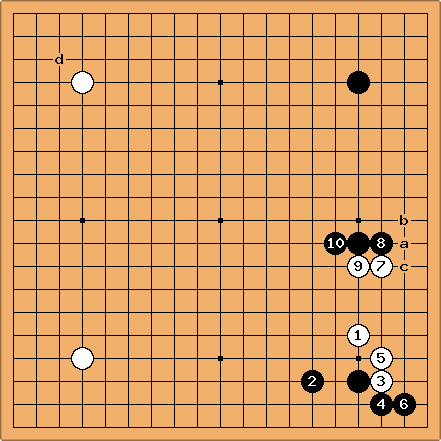 LeelaZero's preference is to play the approach of

. It offers this settling sequence, with a-b-c as a local continuation and Black taking sente to play d. 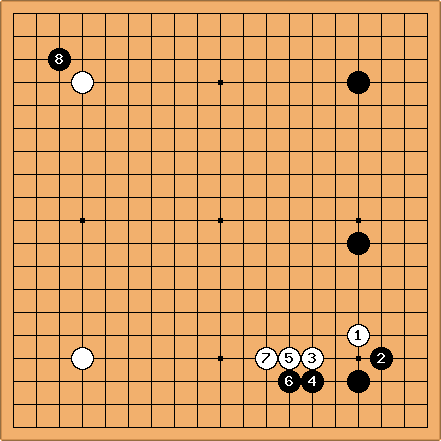 The approach is also KataGo's preference but Black's response is different, so that White moves out rather than settling locally. Black gets territory and sente to play 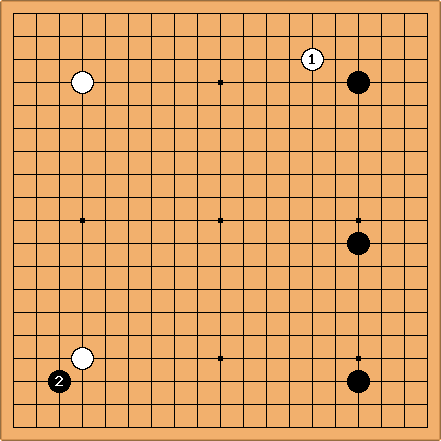 LeelaZero's second choice is to approach at

, upon which Black switches to the opposite corner 3-3 invasion, a common pattern in AI opening. 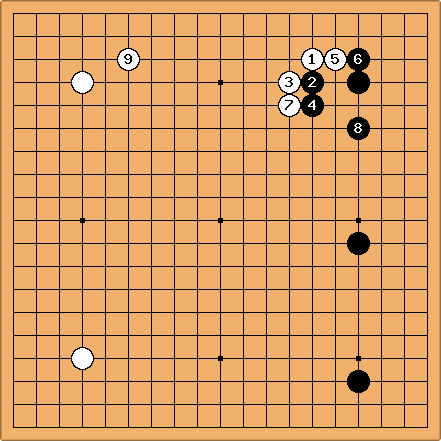 KataGo likes the approach here 1 pt less than in the lower right. It comes up with this redeemed attach extend joseki. 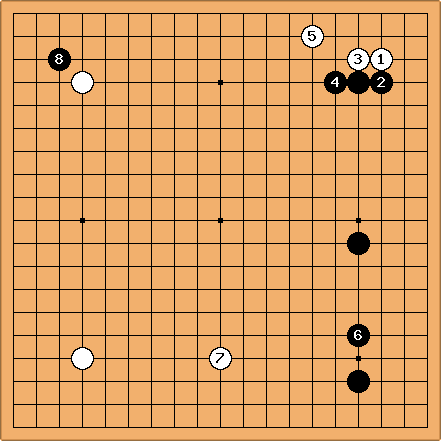 The 3rd choice is a 3-3 invasion. Black uses sente to enclose the bottom right with

. White does NOT move to the opposite corner but instead checks the framework with

, which has a traditional veil.

of course does switch to the upper left for another 3-3.

KataGo is more appreciative of the invasion, which it ranks 2nd. It suggests

as an enclosure of the lower left (any of 2 directions). In general KataGo likes corners even more than LeelaZero, it seems. 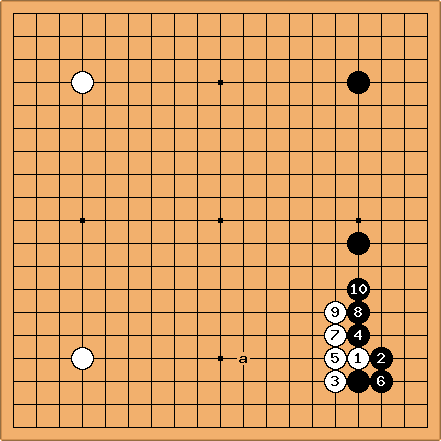 An idea which may not be novel but certainly got more exposure by AI play, is the attachment at

, resulting in this trade-off of 4th line territory vs influence on the lower side. White 11 would be played at a. 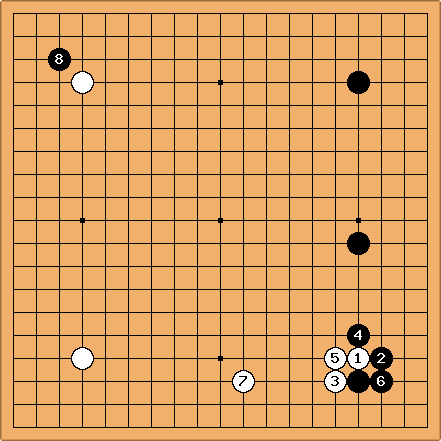 This is KataGo's sequence resulting from the attachment. 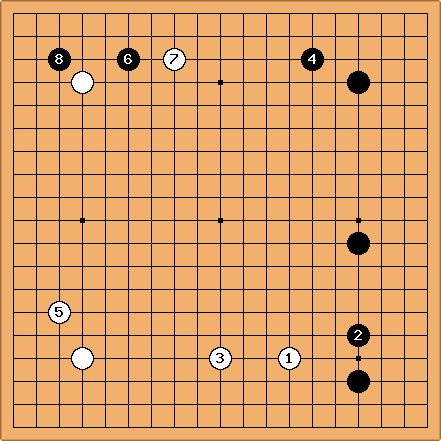 LeelaZero comes up with the traditional

to keep Black's development in check, with

as common answers. Both enclose a corner from a 4-4, then Black approaches. This variation is evaluated as -4% compared to the approach at

right away. It evaluates this sequence as a 2 point loss compared to the approach at