Five Hundred and One Opening Problems

Five Hundred and One Opening ProblemsPart 1 of the series: Mastering the Basics

A Kiseido publishing book by Richard Bozulich and Rob van Zeijst, volume 1 in the Mastering the Basics series.

Each problem in this volume is accompanied by a go proverb that serves as a hint as the correct direction of play. Although this is unusual in English language problem books, this is a common practice in Asian books. To use the book effectively, it is very important to cover the hint that accompanies each problem. The hint provides a clear path to the solution.

Velobici: The authors seek to teach the reader to evaluate whole board positions and find the direction of play by first considering urgent moves, then territorially big moves, and finally moves that affect the size or creation of frameworks. Often the answer is a single move rather than a sequence of moves. Proper moves are the rule here; the reader need not seek out tesuji. Rarely does the answer require reading ahead more than seven moves. Five Hundred and One Opening Problems drills the reader on a handful of opening principles for the first 450 or so problems. The remaining 50 odd problems involve more subtle consideration and application of the ideas already learned from earlier in the book. Unfortunately, the book has hints written immediately below each problem. These hints are so effective that they significantly reduce the value of the problems. Best to cover the hints; solve the problem; read the hint and re-evaluate if the hint does not match the solution proposed. This is a whole board opening strategy book; tactics of where exactly to play to fulfill the strategy is the subject of other books in the series, such as Making Good Shape and Five Hundred and One Tesuji Problems.

Gresil (6-7 kyu KGS): The problems are surprisingly hard. After the first 390 or so problems I decided to do the next fifty with a timer and tabulated how many I get right. I did two problems at a time: first I chose my answer with the hint covered, and then I looked at the hint and re-evaluated the problem, thus getting to note how many problems I get right both without and with hints. Without hints I got 18% right; With hints, I got 25% right. Many times I would find a move that was very close to the correct answer, but not quite, and this brings me to the most frustrating thing about the book. When the correct solution is shown, one or more wrong moves are always discussed. Those wrong moves are typically plays in the wrong area of the board, for instance taking a big point that isn't urgent. Those plays usually don't fit the activity suggested by the hint, which is strange; it would make more sense to indicate wrong answers which do fit the hint. But the big nasty thing is that there is little or no help in the answer diagrams if your pick of move is in the right area but not the exact move indicated, or if you found the right

but would have played

After some comments by Velobici I thought about the difficulty level of this book; I see three different levels. If you look at the problems in terms of finding the right area of play, they might be good for teen-kyus; this level is the one for which the hints and answers seem to be tailored. Finding the right move makes the problems SDK material; here familiarity with invasion techniques, attack and defense is required, and the answer texts won't help you. Since the lengths of answer sequences range from 1 to at least 13 moves, there's even more challenge in finding not only the first move but its continuation and evaluating the resulting whole board position; I think that's getting close to the level of material such as A Way of Play for the 21st Century. 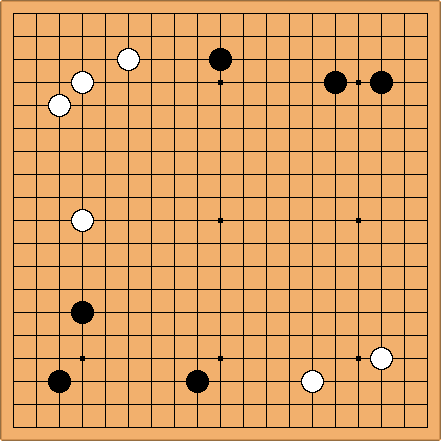 Push back the border of your opponent's territory while expanding your own! Where should Black play? 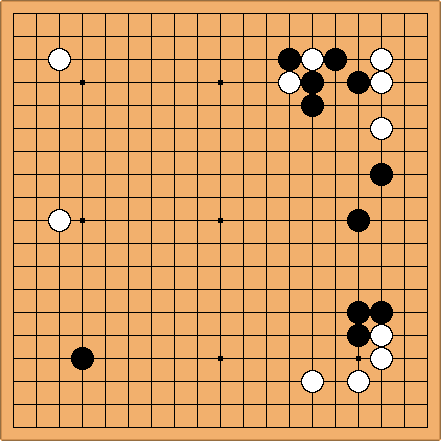 Rob your opponent's stones of their base! Where should Black play? 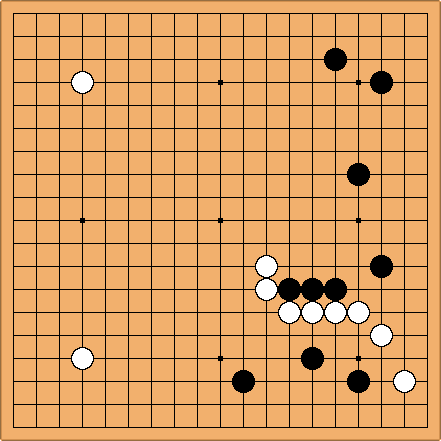 Don't let your weak stones come under attack! Where should Black play? 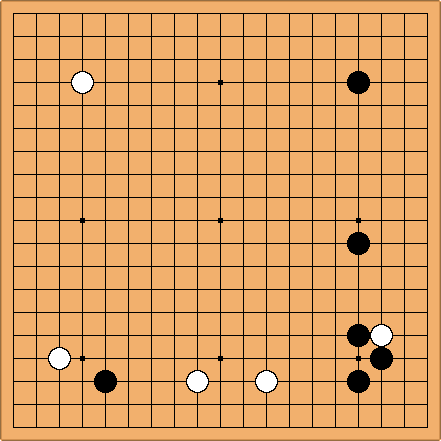 Make a base for your stones while attacking your opponent's weak ones! Where should White play? 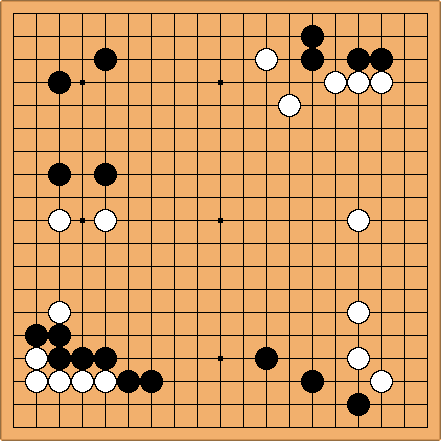 Strengthen your weak stones by threatening your opponent's! Where should White play? 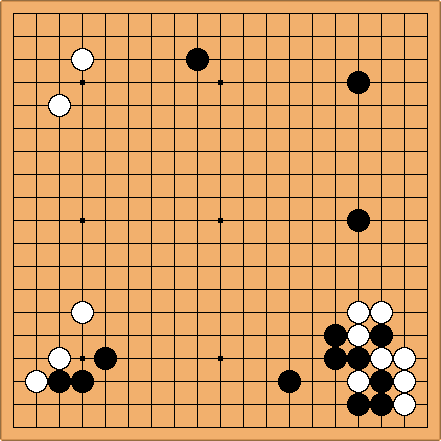 This position arose in the 1971 Honinbo League between Fujisawa Shuko (white) and Ishida Yoshio. Fujisawa's move prevented Black from linking up his stones and gave White thickness in the fighting to come. Where do you think White played? (This game is throughly analyzed in The 1971 Honinbo Tournament published by Kiseido.)

(The answer is a canonical example of this play.)