Examples can be found in difficult TsumeGo-probles such as Igo-Hatsuyoron #6?, or actual, famous historic games (e.g., see the first recorded dual ladder breaker), not to be forgotten the variations from Joseki-variants (e.g., 2-4, two-high-kakari, outside-attachment...) 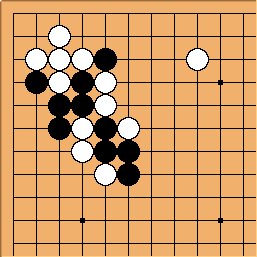 White to play. How to prevent two ladders? 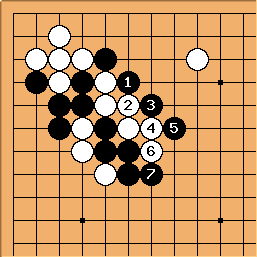 This is the first ladder. 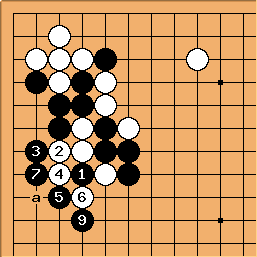 This is the second ladder. If

at a, and eventually White will still need to capture at 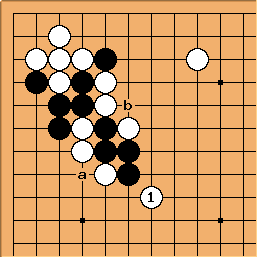 The dual ladder breaker is 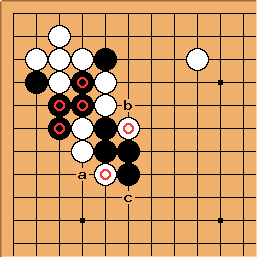 Technically it does break the 2 ladders, but now a and b are miai as they are both double atari. So this probably isn't a good example. ~srn347

Both a and b were double atari before, but the

stones are not that important. Breaking the ladders keeps the

stones dead, which gives White a big corner. Does c not break both ladders also? -JoelR 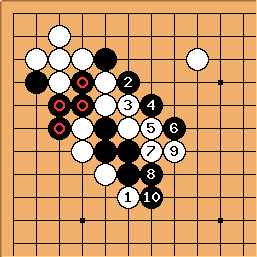 not break both ladders also.

No, it does not. B can threaten one ladder and then capture some stones in a squeeze. There are probably other ways for black too. 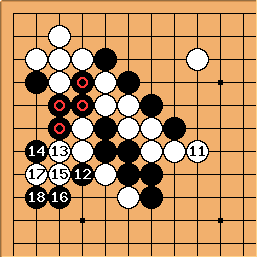