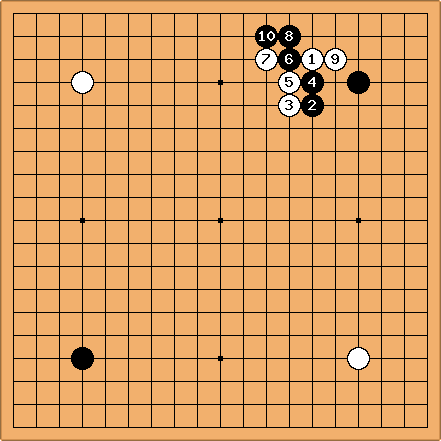 The game began with four fixed stones on the star points. A typical game in the Tang dynasty, fighting broke out immediately and there was no fuseki. 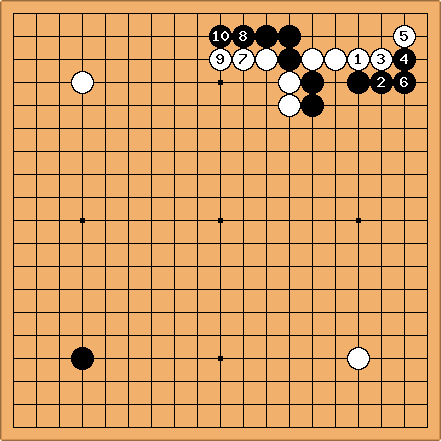 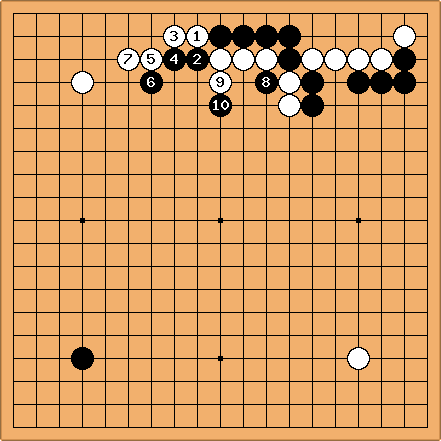 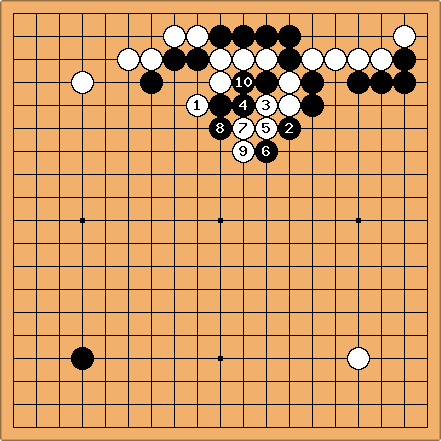 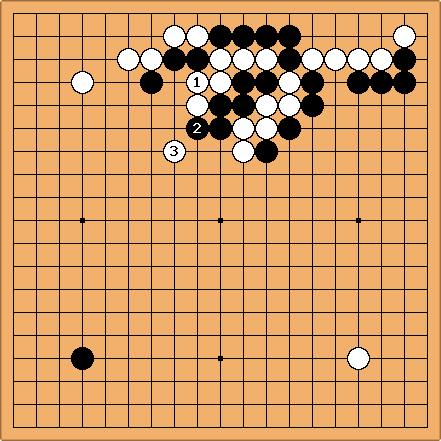 is the famous dual ladder breaker.

Diagrams can be found at

go4go. Diagrams 1, 2 and 3 illustrate one of the two white groups in the top will be caught in a ladder. The dual ladder breaker move is white move 3 in the fourth diagram. But their story is slightly different from what I have read. This move was recorded in several old Chinese books from Tang and Song dynasty. It is said the story can also be found in some Japanese books.

But in fact Gu was not so confident of his skill, and worried that if he lost the game then the empire also "lost face". So Gu told the prince he was the number three player in China.

Gu got more and more nervous as the game proceeded. At move 33 it seemed inevitably one of his two groups will be caught in a ladder. There were no way to save both groups. Gu sweated and was ready to resign. Luckily, he found a move to save both groups. He was so excited and yelled out "鎮神頭". That's why the dual ladder breaker is called 鎮神頭 in China. It is said that it's also the old Japanese and Korean names for dual ladder breaker.

(oops the kifu from go4go was played by another player Wang from Tang dynasty. I have to search for Gu's kifu)

It seems Gu's record was lost. Reference: 中國圍棋史話 朱源銘著 中央日報社出版 The source is 蘇鶚 杜陽雜編 written in Tang dynasty. According to the reference, some Japanese historian thought the prince was 高岳親王