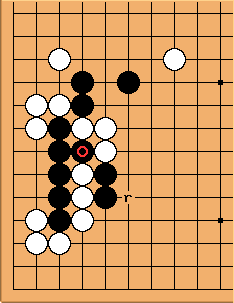 (Later) Actually a ko with 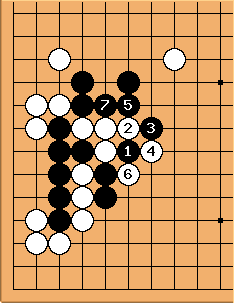 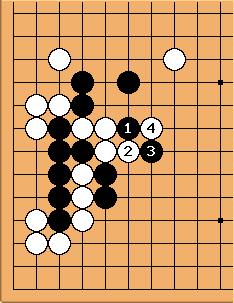 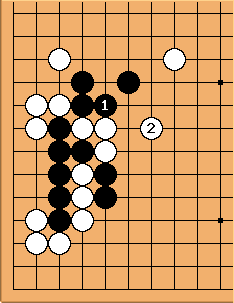 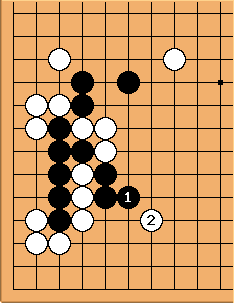 is a double threat ladder-maker but

is a double ladder breaker. 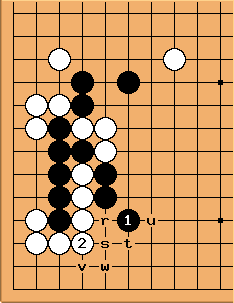 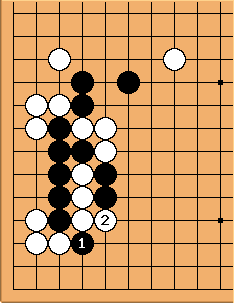 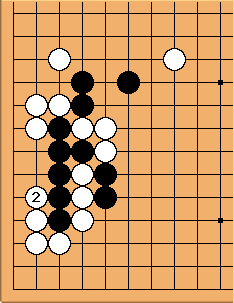 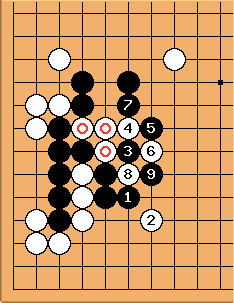 unkx80: I never seen this

before. But I think after

, Black can get at least a ko. Can Black do better?

char: I can't find anything better than a ko. 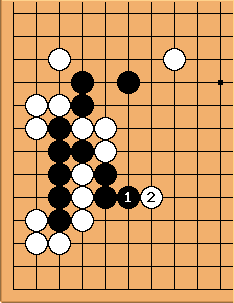 is the main line. I think the whole main line solution is about 30 moves long; how many amateurs can read this long without using a go board as an aid?

char: Let's open the can of variations =) 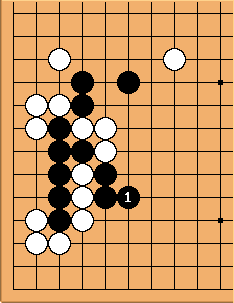 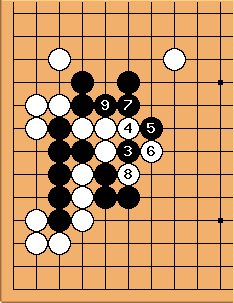 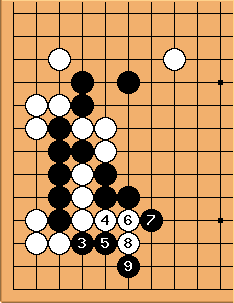 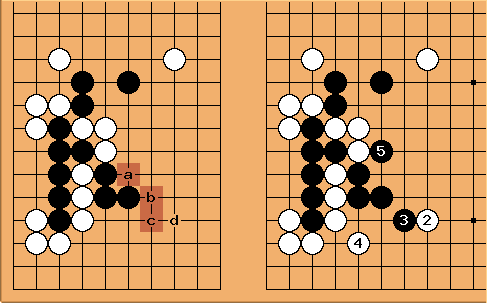 Since the two ladders are parallel, theoretically any white stone between them breaks both ladder.

However, playing a white stone at d or further doesn't work (the diagram on the right). 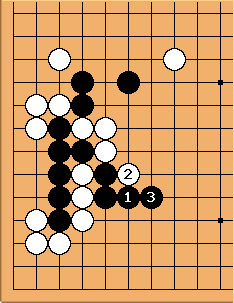 is not the only move; there are several other working moves. 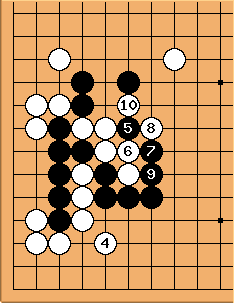 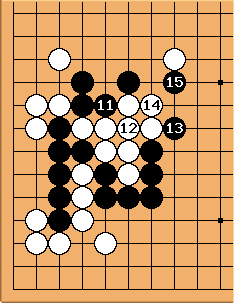 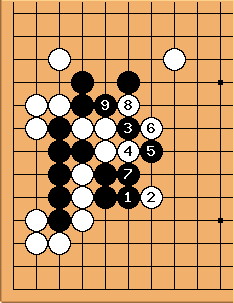 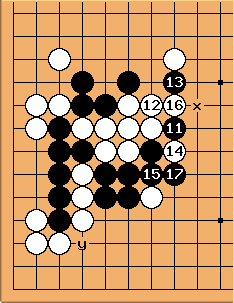 , there are two ladders, starting with x and y. 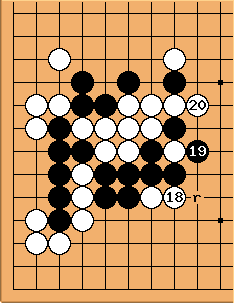 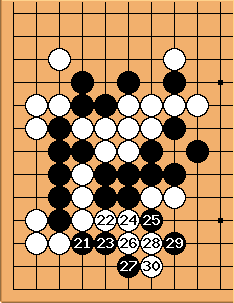 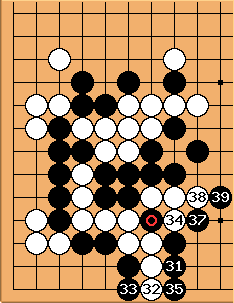 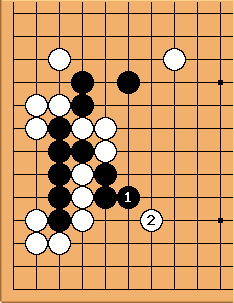