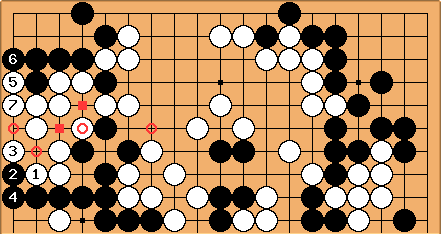 Dieter: After White's marked move, any Black move destroys the side points.

threatens another big sente move at 4, so Black will not allow this at that stage of the endgame and we may expect this. We count two moves for W and 7 points (squared count double). The circled point is White's prerequisite. 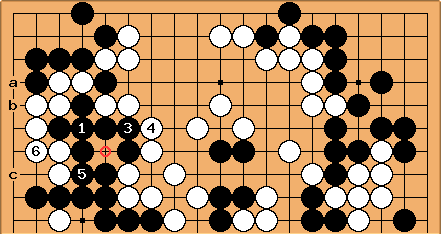 , this can happen. a/b is next worth one point so let's count it as a half. Black makes another one (marked).

(later): Oops. it's bigger. White avoids capturing a stone and filling in later.

dnerra: One question is whether Black can play the following ko: 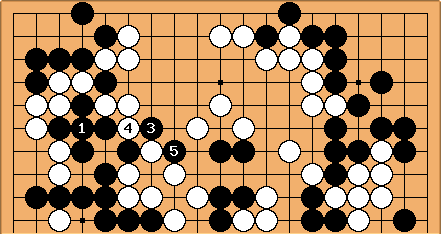 My guess is that Black cannot, because White seems to have more ko threats.