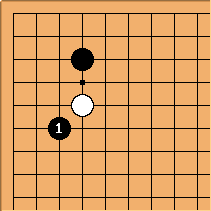 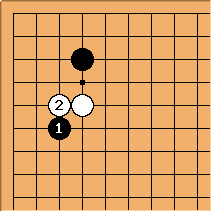 It seems normal to play like this. Can black refute it?

this would seem to suffice 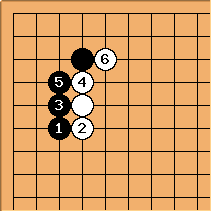 Here's an idea I've seen in a few high-dan games. 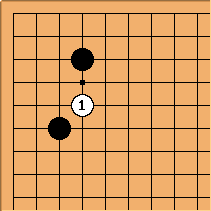 The reason I feel

in the original pattern can't be good is because this move is often used by white as a ladder breaker or ko threat. So the position in the first diagram is the same as if black ignored this threat. Am I missing something? -Calvin

is weak and the White stones are strong. Furthermore, Black is cut in two. White can be happy with this exchange. It is natural to attack Black's weak stone, but one danger is to end up capturing it on a small scale. If White gets too little by capturing it, Black will be able to regard it as a sacrifice. The exchange,

, is bad. White does not have to capture

to gain from it.

That having been said, the gain is not all that big, nor is the subsequent play all that easy. I posted a suggestion that I am now not so happy with. <sigh> 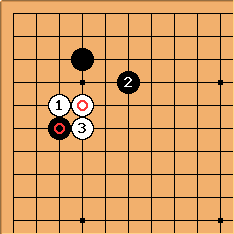 Bill: Sometimes it is easier to say what you don't like than what you do. Let me illustrate the danger I was talking about.

is a natural, strong response.

, but it looks inefficient. However, if

were not there, then it looks OK, and the exchange of 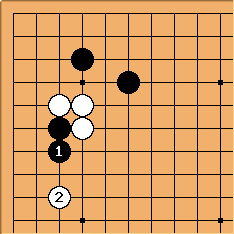 is heavy play. White can be satisfied with attacking Black's heavy stones. 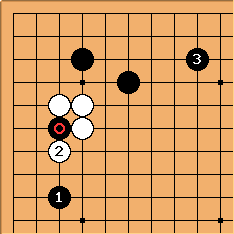 . If White prevents that with

on too small a scale, and ends up overconcentrated.

Anonymous: How about white using her extra strength for some aggressive tactics in the corner? 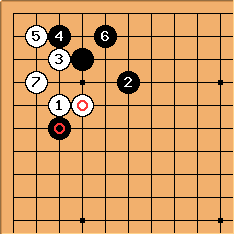 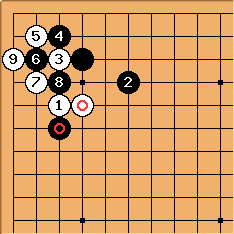 leads to complicated fighting but it seems white can hold her own. 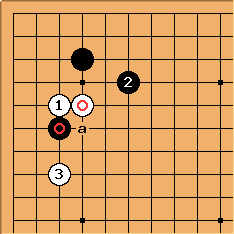 crux: Maybe this is better than

at a? This way the 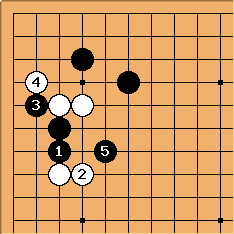 Bill: Black can set a trap with 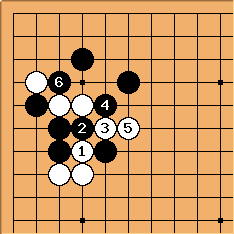 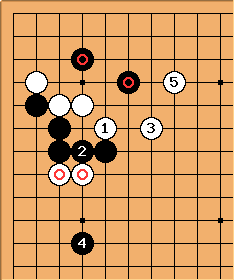 gives Black an empty triangle. If

puts pressure on Black's corner. (If Black protects on the top instead of

, White continues a severe attack against Black's heavy stones on the left.) This looks good for White, but still tricky because of the weakness of the 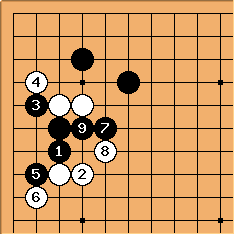 set no trap, but put up stiff resistance.

is a shape play, giving Black an empty triangle and preventing

, which would leave White peeping at a bamboo joint. But now Black is pretty well connected, and White is shut into the corner. 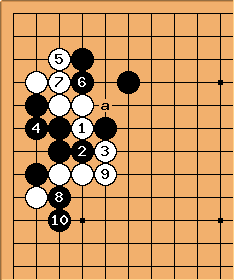 Bill: White can push through, but then things get complicated. Here is one possible continuation. Black might play

at a, but I don't think that works. 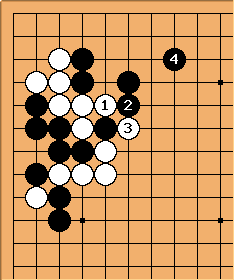 Bill: Next White may push out with

and then Black will make something on the top side.

This is not so easy to assess, but may be good for White. Either side may have better play. 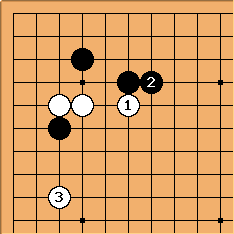 Bill: This is my earlier suggestion. The exchange,

, is not attractive, since

is on the 4th line, and Black's corner is strengthened, but it does keep White from being shut into the corner. Now White pincers with 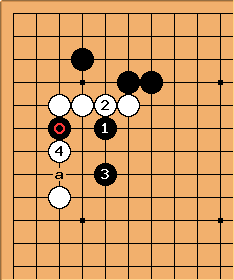 Bill: But now Black has

prevents Ba, but now it is easy for Black to throw

away. (And it still has some aji.) 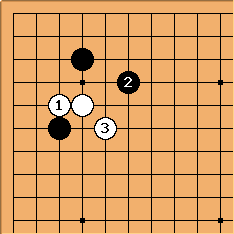 Bill: So now I'm back to one of my early thoughts.

keeps White from being shut into the corner and makes miai of the top and left sides, without strengthening Black or leaving weaknesses behind. 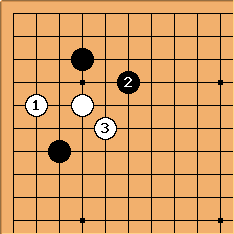 Compare that with this joseki.