How should I play it? In the game Whites move at a carried a very large threat, so Black would block at b. It seems like white a dominates d, but how do black c and d compare?

The starting position and Rins move 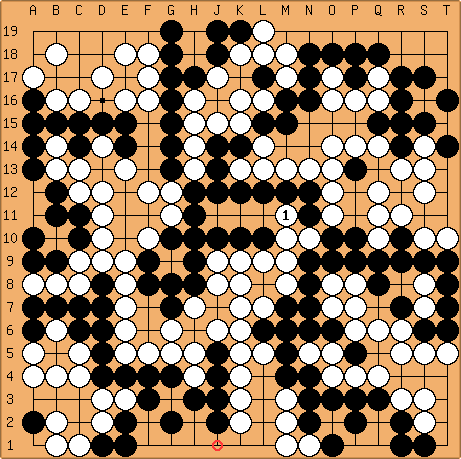 This was the position in which the problem arose.

over a move at

Bills analysis of the infinitesimal

Bill: This is a fearsome infinitesimal in chilled go. How to play it?

For the answer, lets set up a difference game. 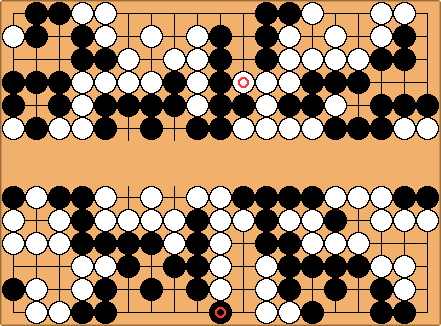 First we mirror the bottom of the board, changing the colors of the corresponding stones. This produces an even position. Then we let Black play the

stone and White play the

stone, to compare these two plays for Black. If one play is better than the other, this position will favor the player who made that play. 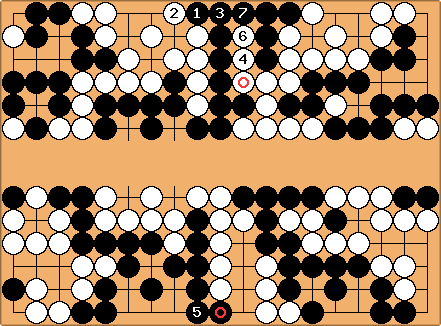 . Then White pushes in with

and Black connects with

Black has one more point in the bottom than White has in the top. Black to play wins the difference game. 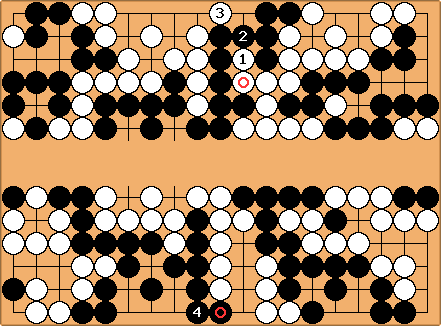 are miai. The result is jigo. Jigo is good for the second player, Black.

, is better, unless the ko situation tells against it.

Now, how should White play it? 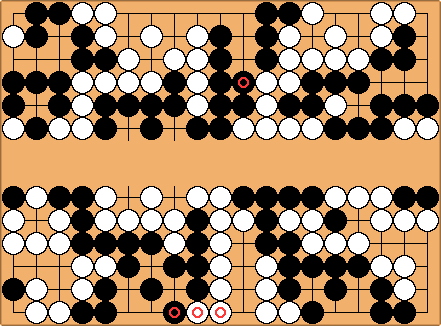 Here we set up the difference game to compare Whites options. Does White play the hane-tsugi in the bottom, or block off the corridor in the top? 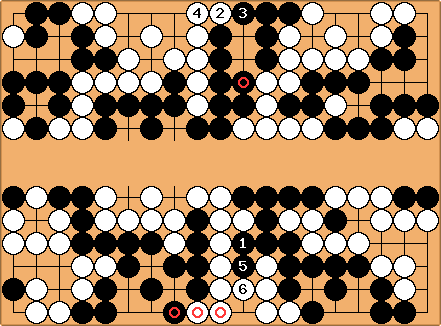 the result is jigo. 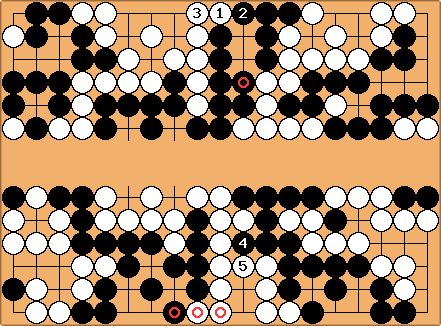 White plays the hane-tsugi at

Bill: Looks that way. :-) It looked more fearsome before I realized that

in the Difference game, White first diagram was the right local play. ;-)

Bill: The natural follow-up question is how Lins play compares with the hane-tsugi on the bottom. We can answer that question with a difference game, too. 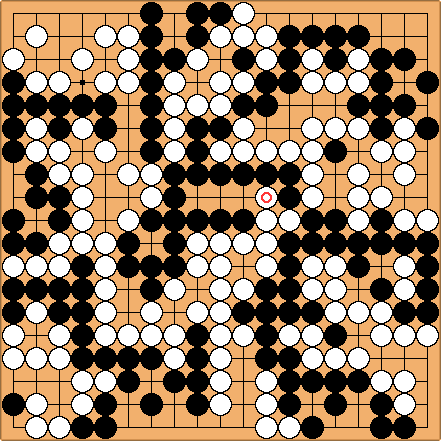 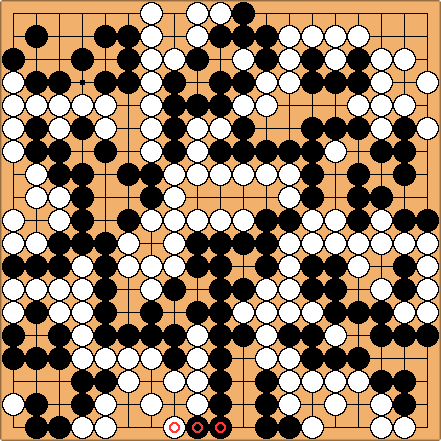 Bill: First we set up the difference game with White making Lins play on the original board and Black playing the hane-tsugi on the mirror board. 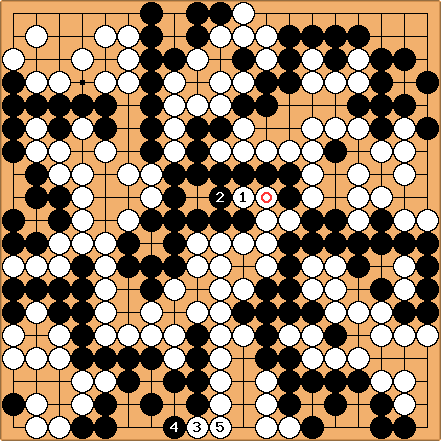 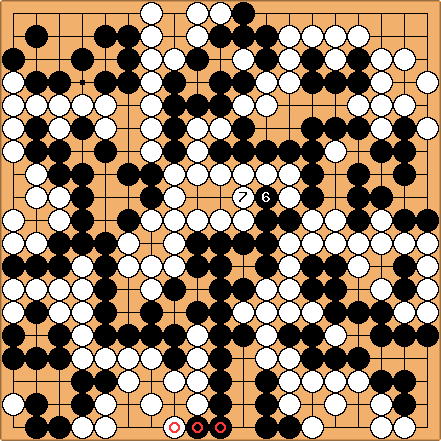 White starts with sente, threatening the middle Black group, and then plays the hane-tsugi on the original board. Now the bottoms of the two boards are miai, and are equal. Black has nothing better than

wins the difference game by 1 point. 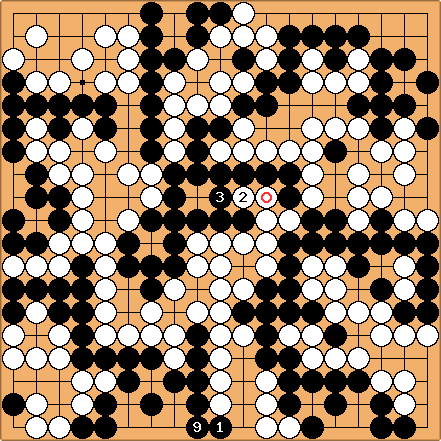 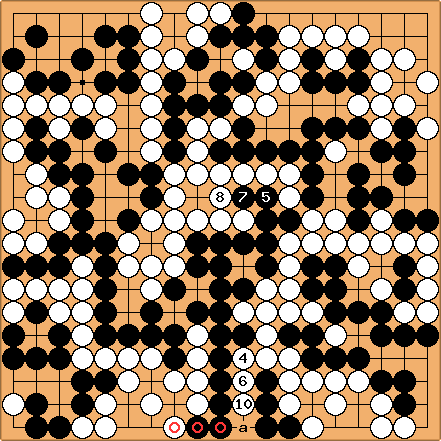 at a. Black starts with the hane,

, which leaves the bottom on the first board as a STAR in chilled go. Now we are on familiar territory. The rest of the game plays itself. Each player advances in the corridors until