Recently I seem to be encountering many opponents who make early invasions, almost as if they want to prevent me from taking any territory. The result is often me getting influence, and my opponent getting low, but solid territory. Here is one such position: 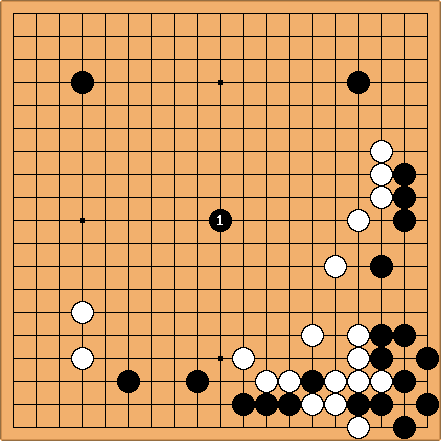 Is White already in trouble because of Black's solid territory, or does the influence give him good chances? How would you proceed as White?

is a rather vague reduction play. If at all possible, White should just ignore it.

if your opponent's play is misplaced, tenuki may be best.

Q: But another one is respect your opponent's ability, right?

A: On the other hand treating the opponent's plays as threats when they are not is following the opponent around. PS: Especially so, if you are behind. 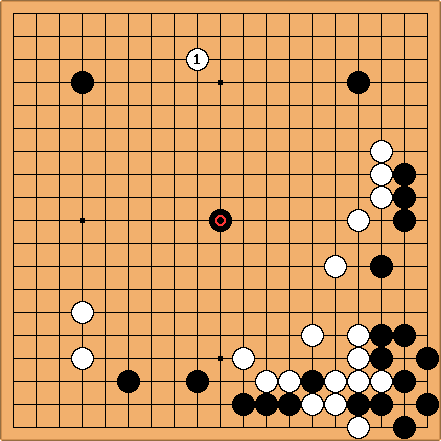 This kind of play as

will prevent Black playing on a large scale. 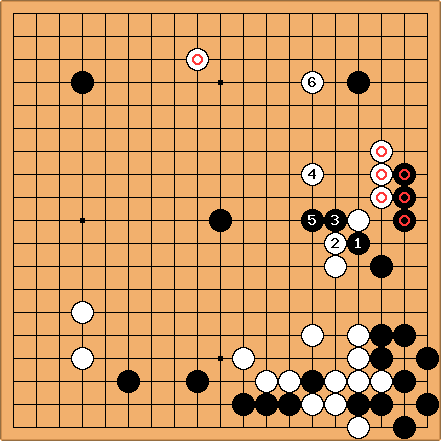 White should though think a little about Black's cut here (or

). That needn't be a serious concern at present. The point is that the lower white group is strong. Therefore White can concentrate on making shape for the upper group. 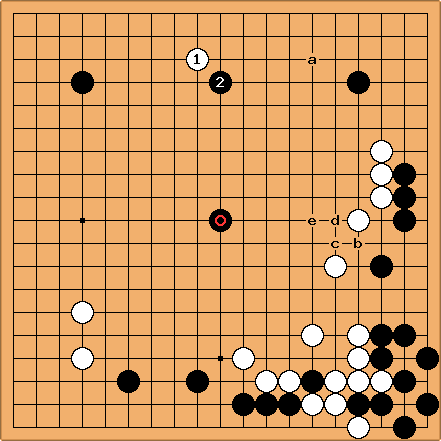 Especially with the cut in mind, the immediate shoulder hit at

looks troublesome to me. It is difficult to see how White develops without strengthening Black's center stones and in turn making the cut more ominous. Should the wedge be played high here? DaveSigaty

dnerra: I am not so worried about the cut: Black forces white to take lots of territory this way, and he cannot be sure to get that back from the cut. Not that white can possibly give up his stones profitably after the sequence B b-c-d-e combined with a 3-3 invasion. 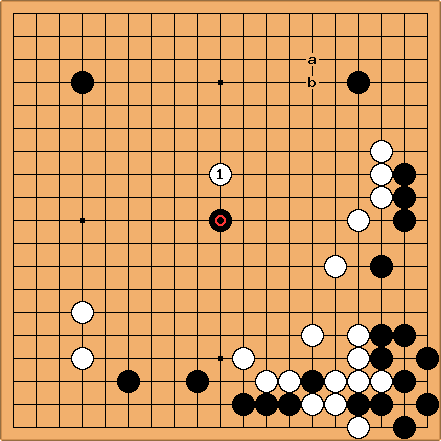 DaveSigaty: My natural reaction here is to test Black with

. Since Black has no other weak stones, it is unrealistic to think of naturally surrounding this stone from a distance. Rather White should push against it to see whether/how Black will react now and then try to shape the rest of her play based on that.

One of White's immediate goals is to play the approach move at a since it will combine well with the stones on the right side to pressure Black's corner.

dnerra: I feel that this is giving away a chance. Now Black can come back and play, for example at b (where black probably should have played in the first place), and it is not clear whether the exchange in the center has done white a favour.

But I agree with your comment about a and now think that white should play there immediately. This really looks best to me. So let's make a separate diagram out of that: 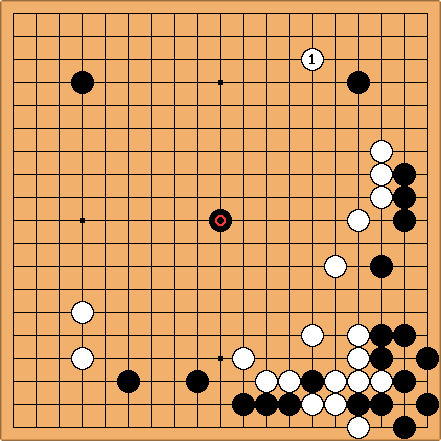 To me, the hoshi in UR is a more attractive target for attack than the one at tengen. 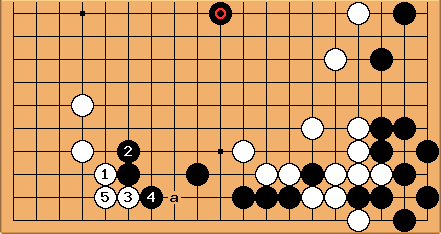 A big question along the way is whether White can close the lower left corner in sente or not. Black's lower right corner is only a little over 15 points. White can offset that in the lower left as shown here. After

Jesse: Thanks, Charles. I did in fact play a wedge in the game, though at one point to the right of your

. I suppose that your choice is a subtle way of playing away from thickness, something I had not previously thought about when choosing a wedge.

Charles I'd judge Black to be ahead. But it's too early in the game to call a territorial lead decisive.

dnerra: I agree that Black is ahead. My guess is that Black got a very good result in the lower right corner, however that he gave away some of this advantage with the exchange of the marked stones (assuming they were unncessary at the time). The position would clearly be better for Black without these stones.

I think at my level Black's lead would still be not decisive. 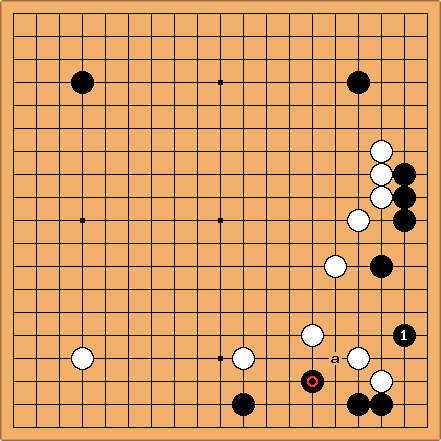 Jesse: This is the situation a bit earlier, before I misplayed the corner. Maybe I should have posted it originally, but I was interested in the effects of Black's tengen play.

Bill: IMO, this position favors White. Black is very low on the right and bottom. Your subsequent attack ended up capturing one stone,

, while allowing Black to make a stable group on the bottom left. And you lost sente.

Jesse: Well, I'm glad to know that my strategy is not completely flawed, even if my tactics sometimes are. It now seems to me that White should tenuki soon, but the cut at a is bothering me. How should White continue? 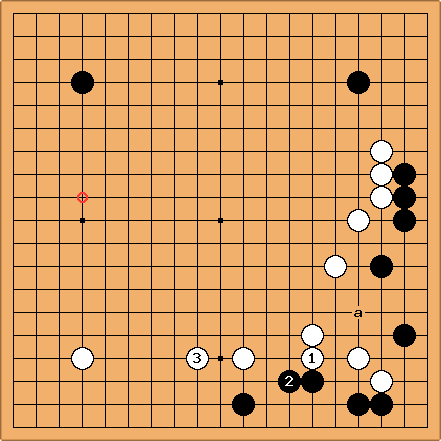 Andre Engels: Probably the best thing at this point is to play tenuki to make a moyo in the center, with a move like the marked point.. The two stones in the lower right can be regarded as light. The move to make shape in the lower right seems to be a, but that is probably too slow. If the main aim is to safe the two stones, the sequence of