In the grappling hook tesuji[1], a player uses the diagonal jump of

to attach behind an opponent's stone.

This is usually played when pushing through at a is a bad move for white, and is generally a light play, where black is willing to sacrifice either 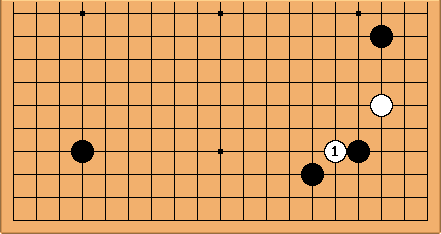 Herman: Oldest use of this tesuji that I can find is Guo Fan - Li Baixing, played around 1100 CE and recorded in one of the oldest extant books on go, Wangyou Qingle Ji (this game can be found in GoGoD as 1150C&IP09) 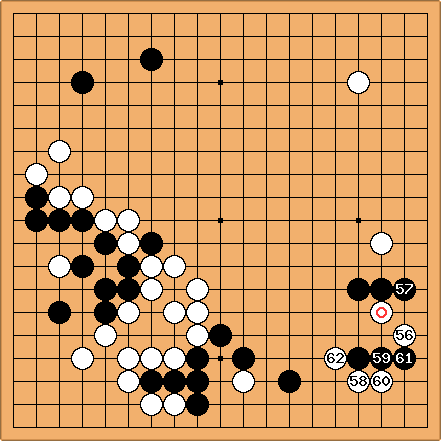 , white threatens to connect under. After black prevents this, white uses the grapping hook tesuji with

with the purpose of making life in the corner. black prevents white from connecting, after which white plays the hane of

, which is also a grappling hook from the point of view of 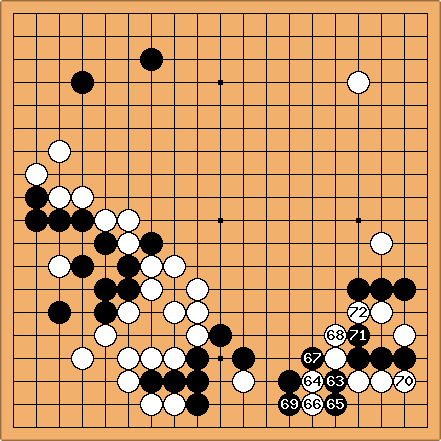 Heavy fighting breaks out, with neither player giving an inch 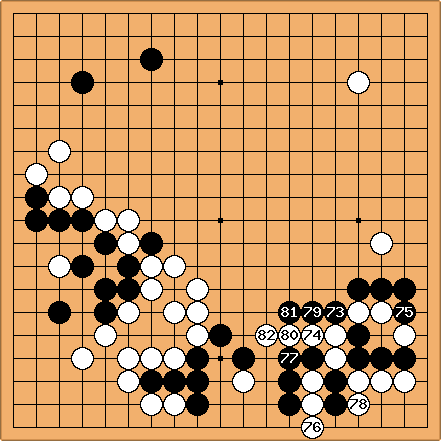 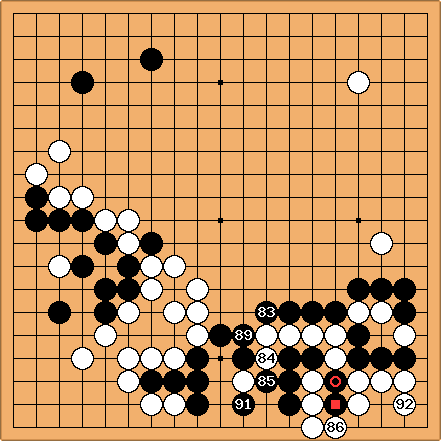 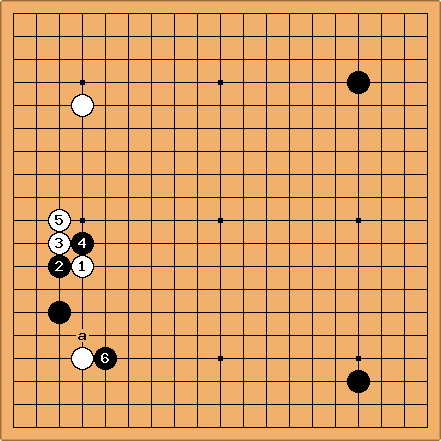 Herman: Black is willing to sacrifice either

in exchange for a good result here. Many players might be tempted to play a, but that will give white a bad result 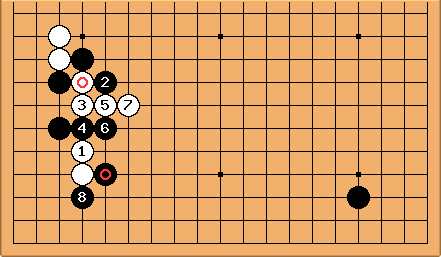 , black sets up a driving tesuji with

. White will now either have to sacrifice

, giving black a ponnuki in the center, or suffer severe damage to his corner through the sequence shown. 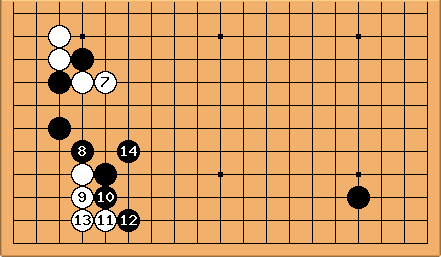 In the game, White played

, preventing the possibility of a driving tesuji. With this option gone, black defended the weakness of his diagonal jump, and play continued as shown. 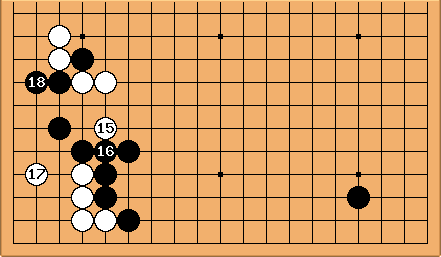 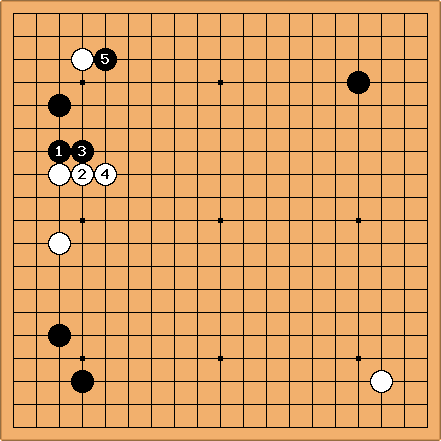 White looks a bit overconcentrated on the left side. 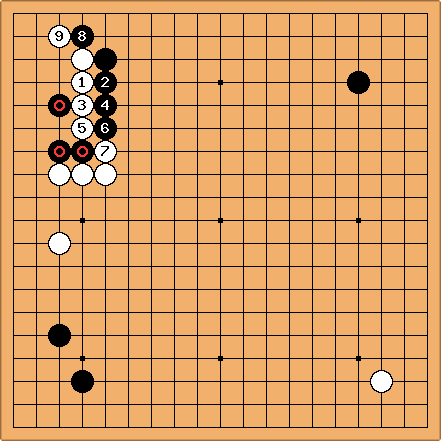 So Black can freely sacrifice the marked stones. 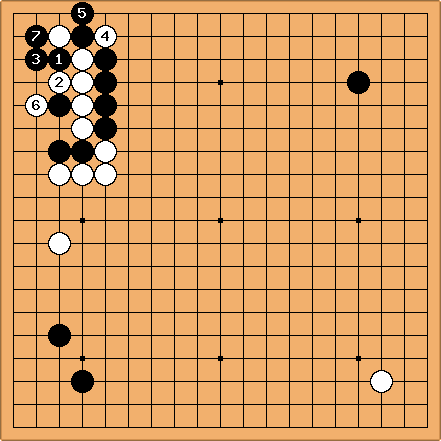 is the same concept of some suboptimal variation of the 4-4 point double kakari joseki. (See easy way out of a double kakari.) 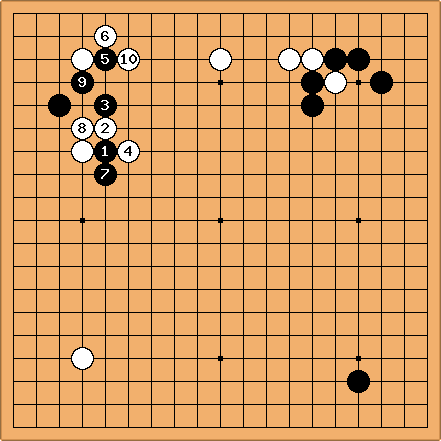 forces White low on the top side. 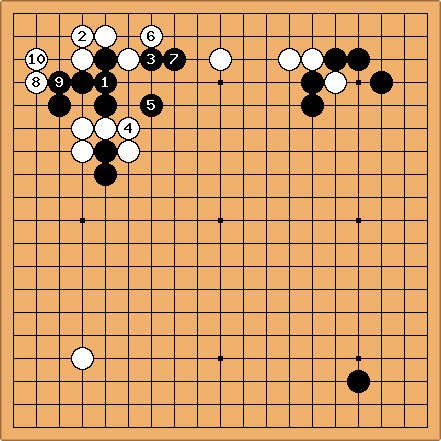 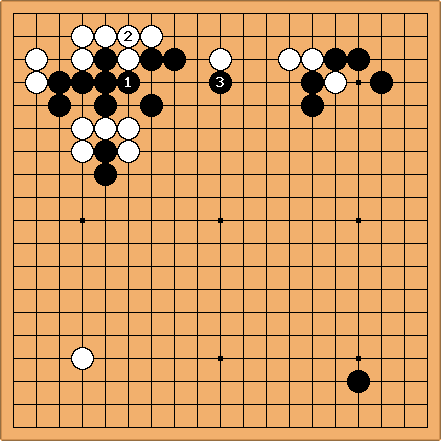 [1] The name "grappling hook tesuji" was coined on Sensei's Library by Herman Hiddema, and is not found in literature.