noseki? ladders are good for white. can white play this way if she wants to keep black low on the left side? 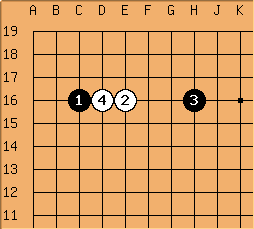 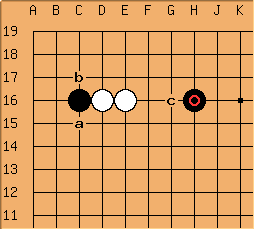 tderz: There are actually some examples (5 on gobase) in Go history when Black

is one more to the left (c).
Black has basically two choices: a & b. 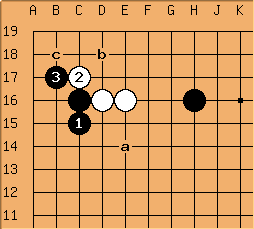 has to be answered by

(not true, there is also a game where White jumps to a), vice versa

, White has the normal techniques hanging conection b and the double-hane c as alternative continuations.
Both end in (very local) sente for White. 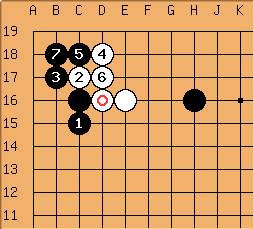 tderz: this could be considered a natural continuation for both.
What will be White's next move? 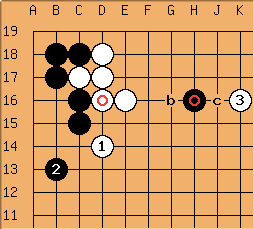 Actually I did not find any professional games with

in this position, only if 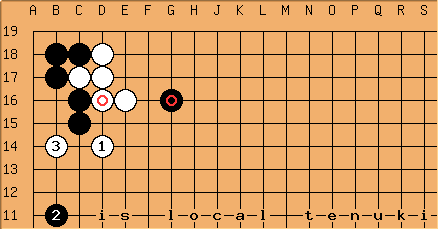 tderz: If Black does not defends at 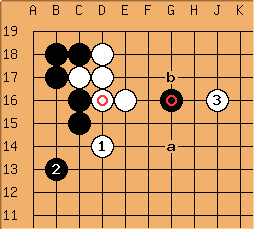 The next moves were White a and Black b!

tderz: If Black pushes through with

,
then White can get some grip on

, because she is assured of an atari a. Hence white could extend with

Often black a, white b is exchanged.

tderz: Sometimes, White also starts like this, because she knows about black's weakness around a,b.

is too far away from white allies that the whole procedure would work.

Hence, my conclusion is:

If Black made the two-space-high-pincer, the bump is not advisable.

Alex: I agree with your conclusion. How is this tewari, though? I thought tewari meant analysis by either changing the order of moves or removing superflous pairs (one White, one Black) of stones, neither of which you've done here.

Andy Pierce: follow-up question: if the bump is not advisable, but white really wants to keep black low on the left side as shown, is there a better alternative than the bump, or does white just accept that this achieves her goal, at a local loss? 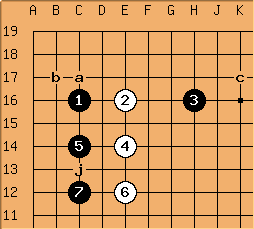 tderz to Andy: as Rich says, if you simply jump, you keep black low (if that is your aim). Also the one-point-jump will do. Of course, Black could also jump to j, that's another story.

, White could exchange a for b, then counter pincer at c . 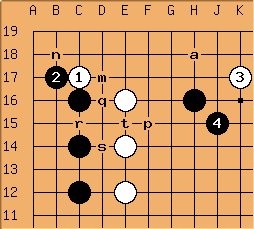 , White could slide to a.
It is important only to exchange

, as white-m - black-n would be aji-keshi.
If Black ever peeps at p, then white can connect nicely with q-r-s and Black seems wanting to cut a bamboo (bad shape).

Furthermore, if Black ever cuts some stones off from the center, White still has a sabaki-aji for making life in the corner with White double-hane n.

Here is the game record in question: 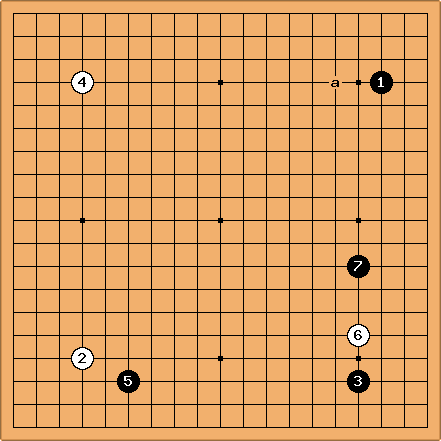 thinking to press black low on the bottom side since

are both low. When black played the two-space high pincer

, but maybe the lighter two point jump would have been ok. On the other hand I could have approached at a before

to see how black responds first.