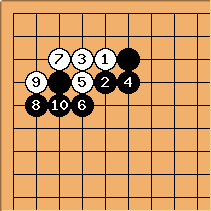 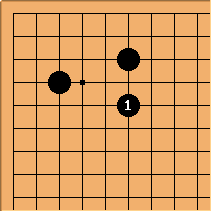 from the first diagram with

(in 2nd diagram) in place. But has white another invasion?

KarlKnechtel: Why not allow the cut?

Tapir: At my kyu levels quite often white makes a crosscut with

without making much profit out of it. So we should probably discuss the invasions for this enclosure first. The SL page about this is very short. My question is mostly about diagram 2 and the additional effect of

are somewhat inconsistent imo. If White lives with Dia 5 (for sure?), a black wall with an obvious cutting point is less thick than the one in Dia 1 - if black defends white lives even in sente. 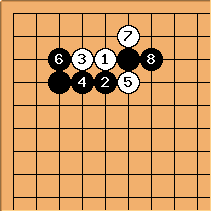 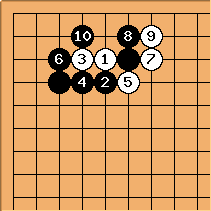 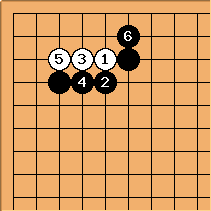 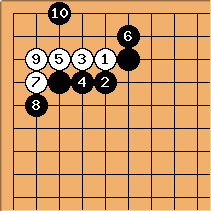 Tapir: How has White to defend?

Depending on the situation, Black can also try the clamp/kick: 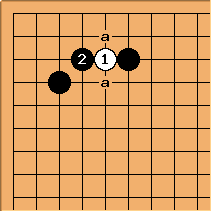 Bill: You know there are joseki for these invasions. (Not that I know them. ;))

Tapir: Should I learn Joseki now? Actually I just had a query about

in Dia 2, but it seems I have to learn a dozen joseki to even start giving an answer... And worse, the said josekis are not available on SL as well :(

Bill: Ah! I see that the first diagram is a diversion. It's diagram 2 you want to know about. Briefly, think probe. 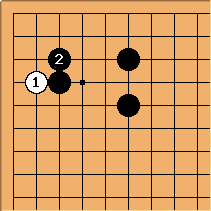 is a common response. Then play turns elsewhere. White does not play too close to the corner, now. 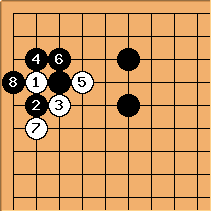 Bill: Sometimes you also see this kikashi sequence. Again, White does not play too close after this.