Wangyou Qingle Ji (Traditional: 忘憂清樂集 Pinyin: Wàngyōu Qīnglè Jí, can be literally translated as Forget Worry Pure Happy Collection; otherwise it can be called Carefree and Innocent[1] Pastime Collection, or The Collection of the Pure Happiness of Forgotten Worries), it was edited by Li Yimin (李逸民) around 1100 AD (Song dynasty), and is the oldest surviving Go book[2].

OGS), and more. It also established rules for recording games.

Apparently, most josekis in this book are over one thousand years old today. Comparing to modern josekis, some of these ancient josekis which could have more than 50 moves were rather complicated. For example the piercing corners heart (Traditional: 穿心角圖 Pinyin: chuān xīn jiǎo tú ) joseki has 11 variations. The first one has 51 moves and the result was regarded as equal for White and Black. (The dumpling shape of black was made by a white throw-in.) 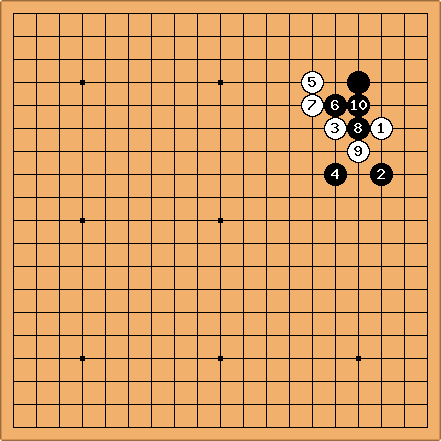 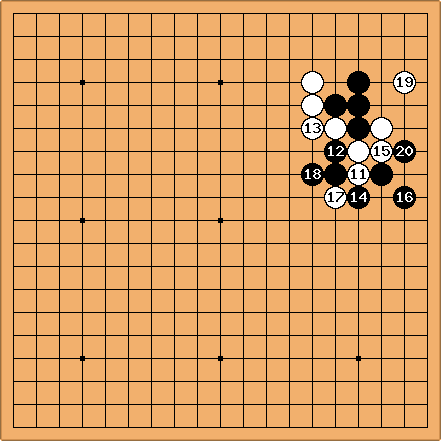 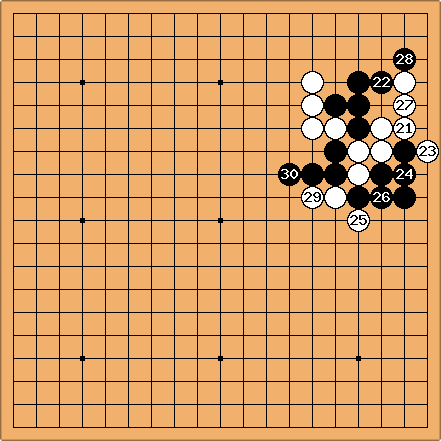 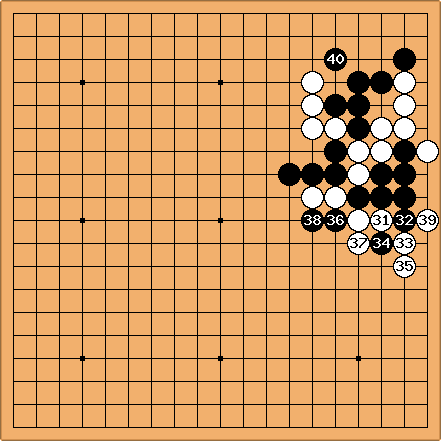 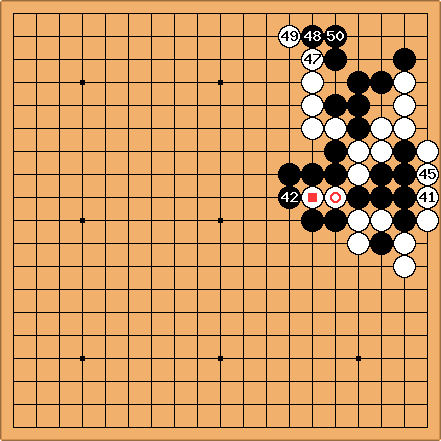 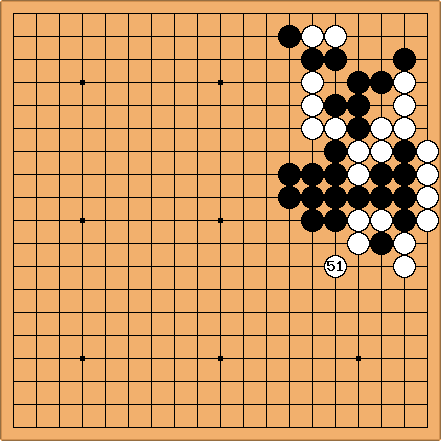 The 11th variation has 47 moves, and the result was regarded as white sacrifices stones for the outside influence: 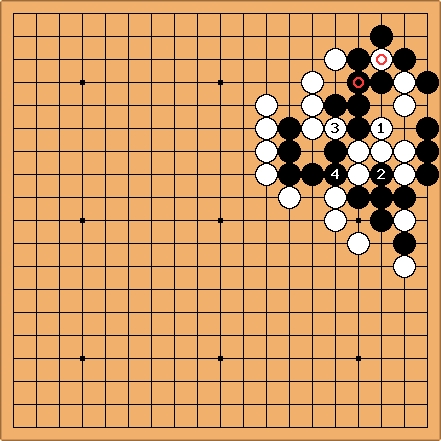 Bill: This cannot be the result. Its an illegal position. Note the

Some of the tsumego problems in this book were also very complicated. For example the Three river problem: 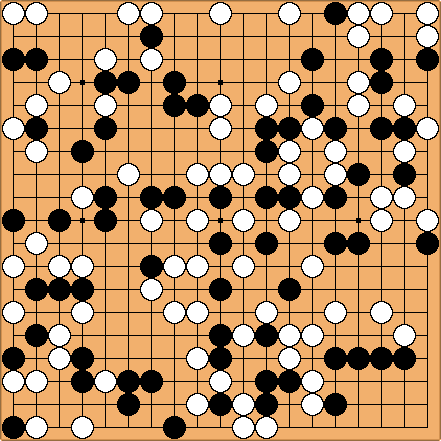 The solution has 206 moves.

[1]John F. Its not the oldest extant go book  the Dunhuang Classic is much older  and the Diagrams of Wu do not refer to this book but to the poem by Du Mu (and the Dunhuang book). The English title I have proposed  and which made it to the recent article in the Economist  is Carefree and Innocent Pastime Collection. The title is from the royal poem in the preface. The significance of the word innocent (as in the purity of childlike innocence) is that the advocates of the game wanted to defend it against the Confucianists who saw it as corrupting.

[2] The book is the oldest extant go book which has been published and the first version still exists.

[3] Some said the oldest game record in this book seems to be fake. I am not sure about this but in my opinion even the record was fake it did present thoughts of ancient players. The royal poem could be vaguely referred to old literature (perhaps in a way that some ancient Chinese poet thought that the keywords in poems should have an origin) since the emperor was not the first one to appreciate the game in the literature. While I think I understand the significance of the word innocent (the word tsing in the title) after I read the explanation above, I think just my humble opinion that perhaps the ancient poet like to keep their poems vague, and reserve the joy of realizing the poems in many different ways for the readers. One of my favorite poems about the game was written by Su in the Song Dynasty, which can be found in the profile of shenjing on KGS. I think the emperor and Su and many other players just enjoying the game. Perhaps Sus poem is another kind of the idea of tsing. (I failed to access the book after writing the above. But I remember in the preface to Xuanxuan Qijing the author also wrote that the emperor asked why the Confucianists saw the game as corrupting and the author defended for it. So I believe Li has defended his collection somewhere, too.)