Possibly the earliest recorded Go game, around 230 AD. Its status is not entirely undisputed.

It is said that black was Sun Ce, white was Lu Fan?. The game is also available on 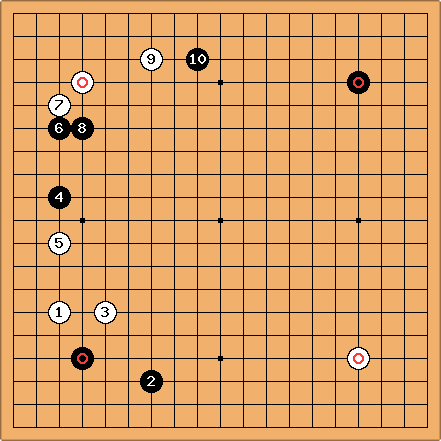 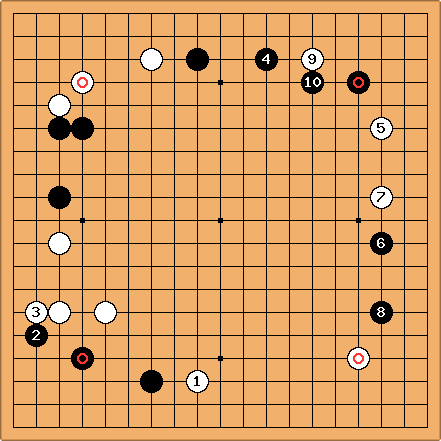 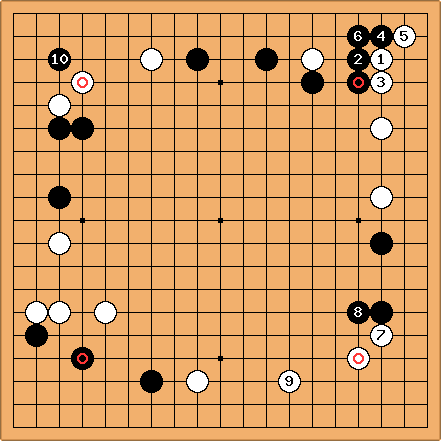 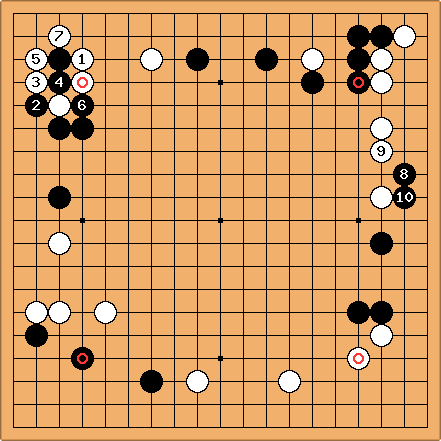 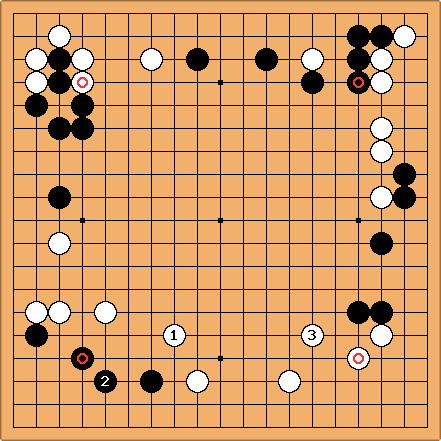 John F. Where is the evidence this was ever called the Wu Diagram? The earliest references to the phrase, in Dunhuang Qijing and a poem by Du Mu, are almost certainly to Wu Diagrams (plural). The connection of the two players here with the kingdom of Wu is only circumstantial.

bugcat: May I ask how, the Chinese languages not employing systematic pluralisation, you were able to ascertain this?

John F. The last line of Du Mu's poem reads "In the light and shadow of a solitary lantern I shall play over the Games of Wu." It is hardly likely (especially in the context of the whole poem) he would refer to playing over one game. But the real clincher is that the Dunhuang Classic refers to "Wu Diagrams, 24 positions". The Sun Ce-Lü Fan position above is now thought to be no earlier than the 9th century, and (like the other positions of the same ilk) is a self-play position to which a grandiose name has been added to add lustre, in the same way that problems of the time were also given similar names. There have been plans to test this hypothesis by using AI to see if the moves match the style of later play (which already seems likely - see my translation of Wizardry from the Stone Chamber), but I haven't heard the results yet. This hypothesis does of course get round the problem that the real Sun and Lü, if they played at all, would (on the basis of scant but uncontradicted evidence) have played on a 17x17 board. And ancient Chinese did have explicit pluralisers, but they could be dispensed with if not absolutely needed, and usually (like all function words) were rare in poetry.

bugcat: Thank you, that was very interesting.