This page defines the term two-eye-formation. It describes independent life of strings having liberties exactly in two single point eyes.

Note that this is not the only way in which a set of strings can be unconditionally alive; see Benson's Definition of Unconditional Life for a complete and mathematically rigorous analysis.

Here is an example of a two-eye formation with two strings of black stones. 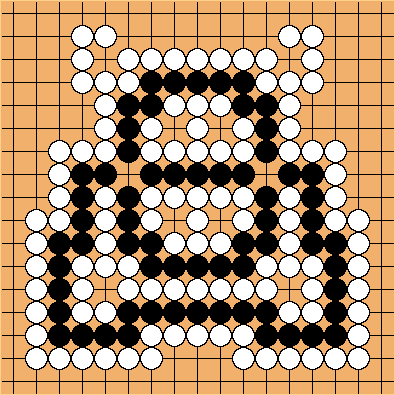 Here is an example of a two-eye formation with four strings of black stones.

, we have a two-eye-formation. After

However, if the players continue playing, then Black will be able to force getting a two-eye-formation again.

Links to original places of definition