Chris Bandy: This page needs to be renamed since it's just a shorter explanation of Benson-life, I think. Plus feel free to correct any errors.
Dieter: I leave it as it is for now, while Robert reviews.
Patrick Traill: It makes little sense to me to create a rival to Bensons Definition Of Unconditional Life, pass-alive and the summary at the start of Formal definitions of eye. If the material is useful, it makes more sense to integrate it into one of those pages, probably the first, perhaps as a less formal introduction.

A group is unconditionally alive if and only if every chain touches at least two regions that are enclosed by the group, and of which every space touches that chain.

What is the effect of being unconditionally alive? The effect is that the group will stay alive, even if an attacker has infinite moves in a row, and is infinitely intelligent.

Why does this definition have such an effect? Because of suicide rules. Playing on a space that would commit suicide is illegal. We can call such a space a "suicide spot". Now, many groups have a suicide spot that turns into a legal spot once every other liberty is occupied by the enemy, because playing in such a spot now results in capturing the enemy (following the Ko rule, of course). 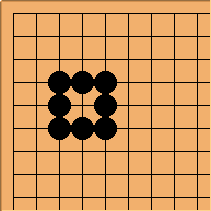 Example 1: No. There is only one enclosed region. 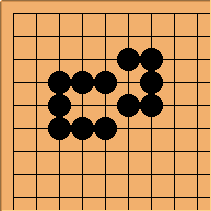 Example 2: No. There are two enclosed regions. But as for the one on the left, not all of its spaces touch the chain on the right. 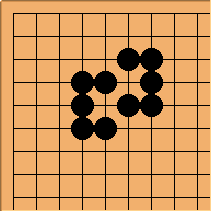 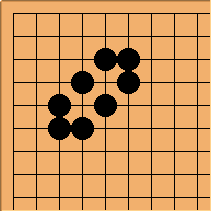 Example 4: No. The chains on the outsides are not touching at least two enclosed regions. 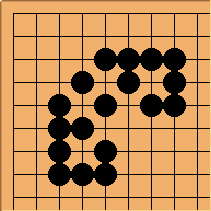 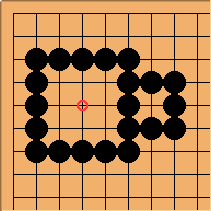 Example 6: No. As for the region on the left, not every space touches the chain. However, note that playing white at the circle makes the black group unconditionally alive. 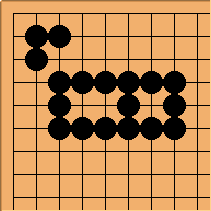 Example 7: Only part of this group is unconditionally alive. The chain on the top-left is not. 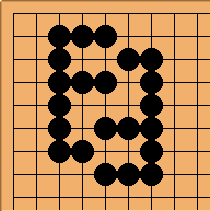 RobertJasiek: Dieter, I lack time for a detailed review so go ahead if you have useful contributions!

Comments on an earlier (and much different) version of this page:

ChrisBandy: You're right! I came up with the "two" requirement and the "vital" requirement, but not the "small" requirement. That's why example 8 above didn't yet fit into my definition.