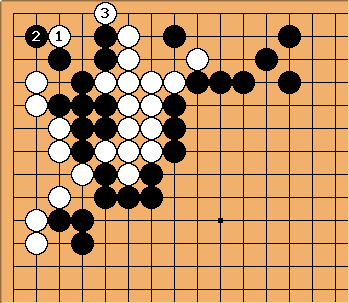 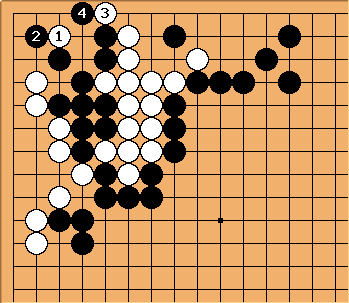 I have been looking at the suggestion but so far can not find a win for White here. What does White do after

? One important question that is open is whether White wins if everybody lives. DaveSigaty 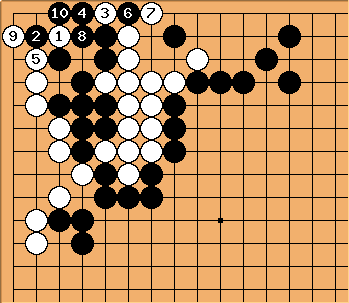 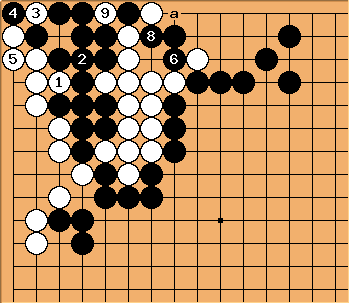 and wins on the right with a, ignoring any ko threat. 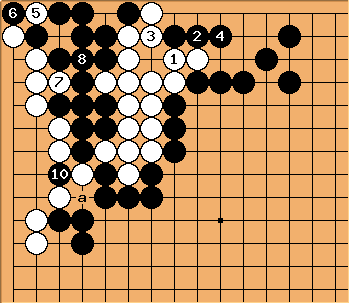 The ko threat at

and a second at a are available in many of the variations and make it possible for Black to fight hard. The position on the rest of the board would help to evaluate this situation correctly. 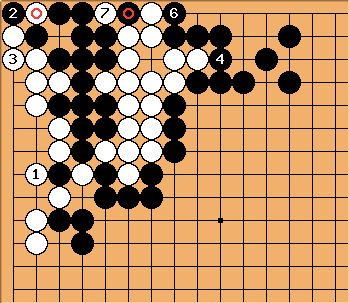 Whenever White retakes the ko in the corner, Black will recapture at

and ignore any ko threat. 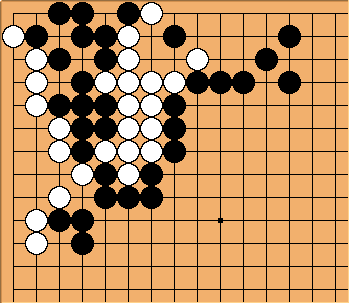 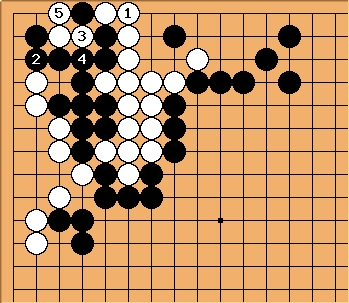 dnerra: Whew, that is really a tough challenge to SL! Here are my two cents:

in this diagram. Note that the white dragon virtually has five liberties (I think). At the moment I would expect a result similar to Dave's above, but I have to read further.

, it's a just a liberty counting exercise :-) I think White is one liberty ahead, but maybe I am wrong.

. So White has to play at

, in case mutual life is sufficient?

, then Black to the right of 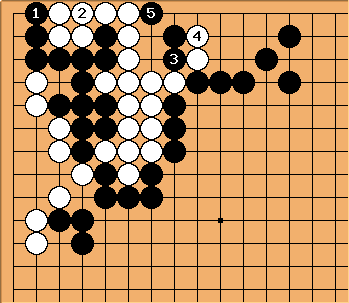 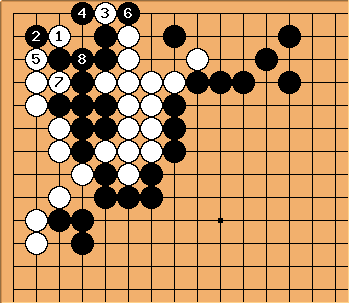 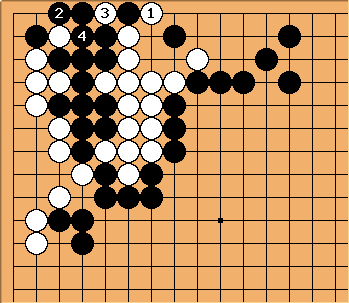 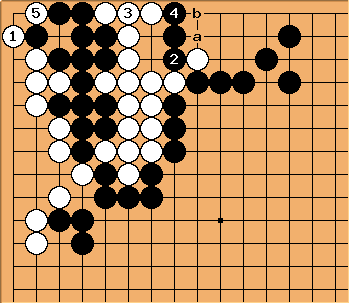 go4joy: This is the best I can come up with. White will need a big ko threat. At least this variation removes Black's local ko threats.

DaveSigaty: Unfortunately this variation has removed White's local ko threats (successive white plays at a and b will create only a temporary seki since the three white stones have no hope for eyes). Unless there is a 60+ point ko threat on the part of the board that is not shown, Black will ignore any threat and live in the upper left. As a result,

Lucky I had another idea: although is still ko, it is in White's favor. 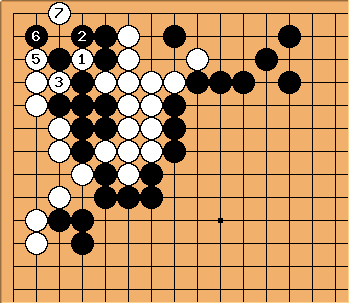 is the only answer. The moves to 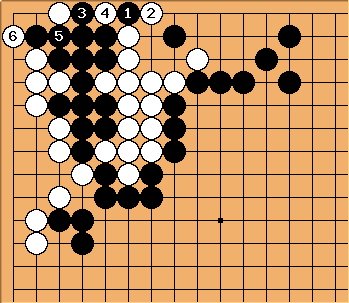 Now there is little Black can do:

is best, since any other move and White plays at

herself and wins the capturing race. 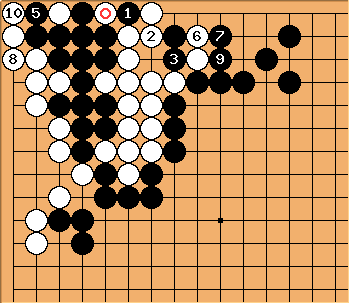