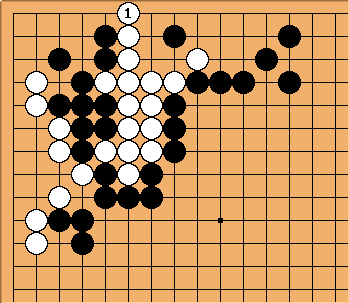 There may be death in the hane, but White's descent adds more than one liberty. Black cannot approach from the left. 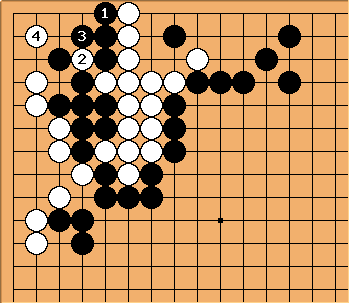 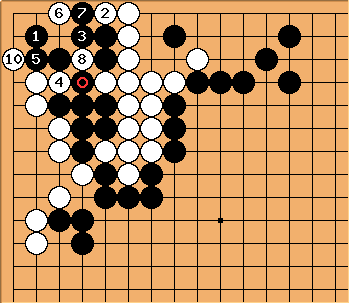 looks reasonable. But after

, what can Black do?

is atari, leaving Black no time to make a second eye. Through

Anonymous: But ,otoh, in this variation, black has at least 5 liberties (blocking 10 forces 12 at left of 6 to destroy the second eye) and win the semeai...

Bill: Are you talking about the previous diagram?

captures the Black dumpling, so that there is no semeai anymore. Black just dies. 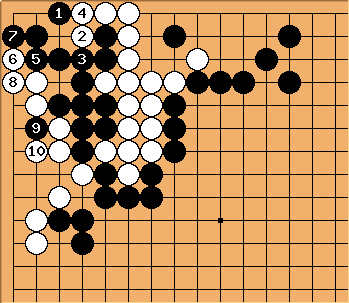 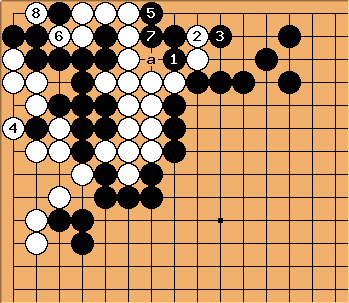 is a sacrifice to prevent 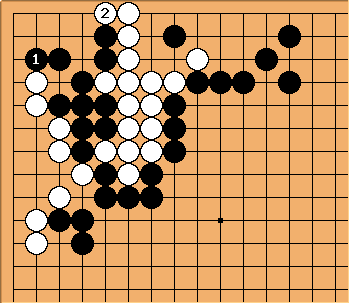 Black now has a few choices. 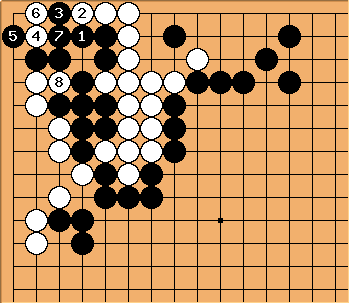 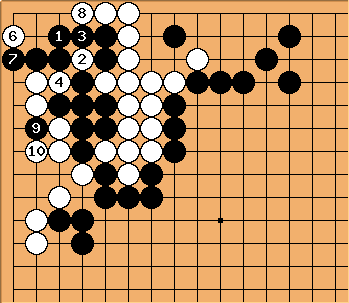 makes an eye in the corner,

is a squeeze. The placement of 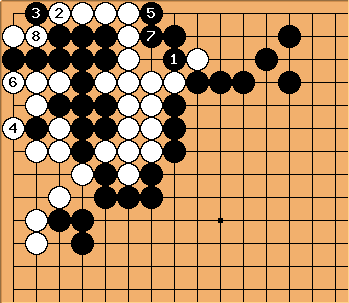 Black can prevent the squeeze by connecting. 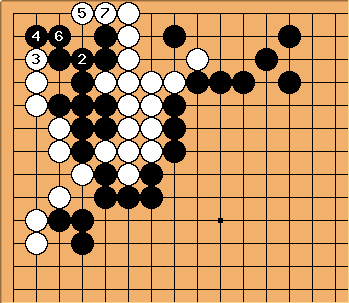 does Black stand a chance? If

Can Black prevail against the descent?