Iyama Yuta Meijin (black) and Yamashita Keigo Honinbo (white) played the second game of the 2011 Meijin Tournament on 14 and 15 September 2011. 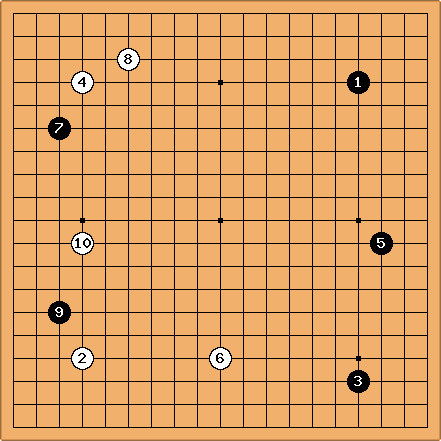 the result is very common. A search on gobase reveals that

is very unusual (maybe not so more recently). Indeed it invites

, negating the influence of the low chinese formation on the right. 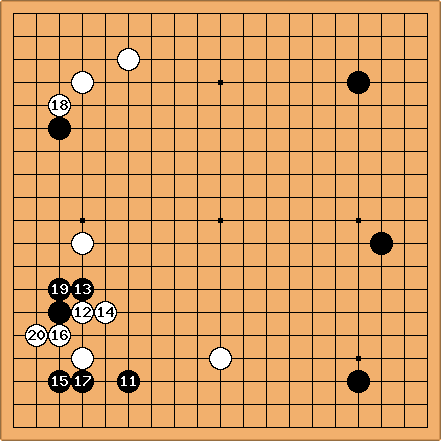 leaves the white group unsettled and

does not hesitate but to attack. As so many modern games, this game goes into a fighting mode early. 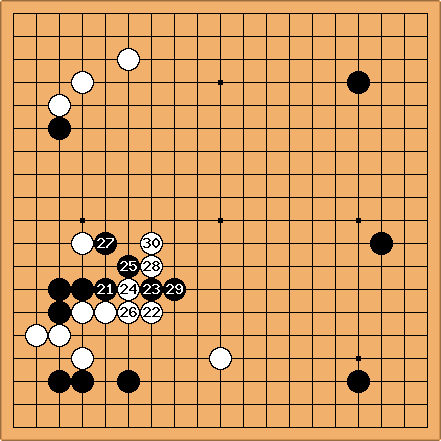 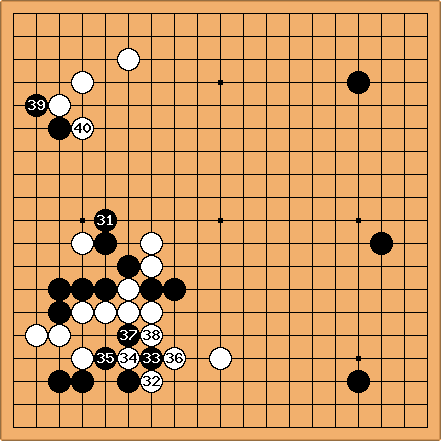 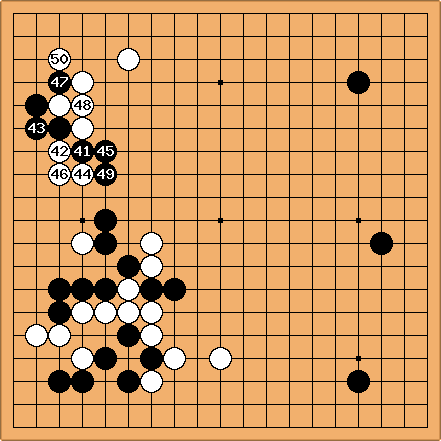 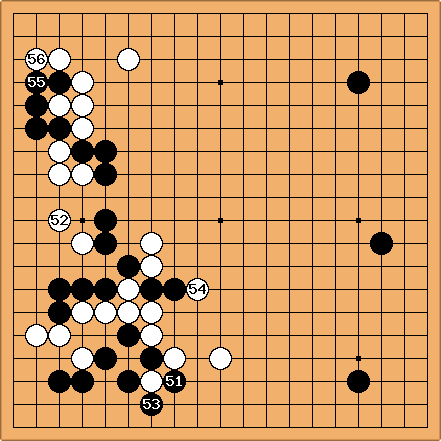 At this point, the first day ends, and Black seals his move.

I can't begin to figure out what Black can do on the left--I can't even find any interesting forcing moves. --Hyperpapeterie