I play at KGS now as Tasselhof. I used to play at Copenhagen go club from time to time, but i have moved and is is now a little to far away.

14 December: I have got a new computer that I bring to the university. This alows me to once again take a game around lunchtime most days. As the graph shows i am tickling 5k now. Nice to be more consistenly back at go.

7 December: A litle picture of my girlfriends two fish, Slate and Shell: 13 november: I'd like to make a /Go Board With Levitating Stones some day...

11 october: Didn't play much during the summer months, my rank inflated too 6k. When i started playing i imediately dropped to 8 due to rust. Just recently regained that 6k though.

19 march: I now usually take a play around lunchtime most days. 7k by today. Recently reread FearOfLosing which helped me. No reason to worry about the rank, if I learn it will rise sooner or later. Started to do some tsumego at goproblems.com 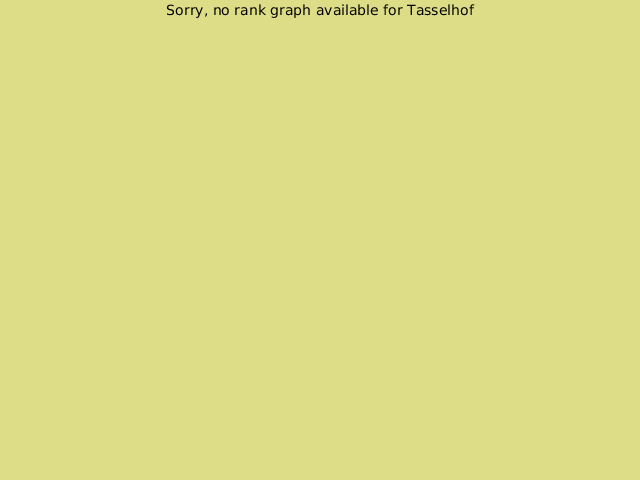 19 jan 2007: I have reversed the previous updates so they now show the oldest last. Another game against a rankbot, now I'm 10k when is this going to end?

16 nov 05: I havent been around much since my computer doesn't work well, and I havent been playing much on the net. But I've been visiting KGoK a bit and been taugth quite a lot, I think my strengh is around 15 kuy now.

Also I've managed to create interest in go at the institute, quite a lot of people have started to play. This of course mean that I have been playing 35k players a lot which have been bad for my play i periods away from KGoK and the net.

HCØ Go: I will be trying to start some Go activity at the institute where I work. I've made some posters that I'll print and hang up once I've found a date. Then I hope some people will show up so that I can get some real-life opponents.

Anonymous: Go clubs are always nice - but why not join one of the two existing clubs in the Copenhagen area -

Tas: Okay, it wasn't that clear. The point was not as much to start a go club, as too spread the knowlegde of the game, especially among people I see every day. I hadn't been able to find a go club in Copenhagen, but frankly I haven't tried real hard either. Thank you very much for the links. I'll check it out. If I mannage to get some people interested in the game, I migth bring them to the club then. 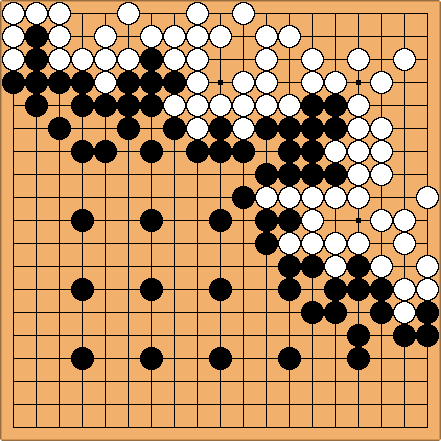 Here's the result of a game I played against my farther today. He has never played go before so I gave him a masive handicap of 25. In the beginning I was able to win some ground, but his play improved through the game. If we had had more time I would have tried an invasion in the lower left corner though.

I know this is not the way to play beginners. But tried for curiosity's sake. I had to overplay to an eksteme degree, and play all kinds of TrickPlay I could think of; this could really be a source of BadHabits

I don't remember if I went so far as to play SelfAtari, hoping he wouldn't see it.

Tamsin You can certainly invade in the lower left. Look up the three three point invasion for the details...

Tas: I know... since I was no better of in the top invasion, which took quite a lot of territory, before it was finally shut in. 25 handicap is a lot! But we ran out of time and desided to end it there. The game was by no means serious anyway.

With an invasion there i would not stick to the joseki though. I would go for more territory.

nachtrabe: I mentioned this on the NNH page but I should probably mention it here as well: If you would like, send me an SGF and I'll be happy to review it for you.

Tas: Not much point in reviewing this one, and I didn't record it anyway. Just wrote down the final position before I packed it away. But thanks anyway, and you'll be welcome to review other games in the future.

My deshi (and the brother of my girlfriend) Magnus Jensen plays on KGS as Magnusjen. He makes great progress: 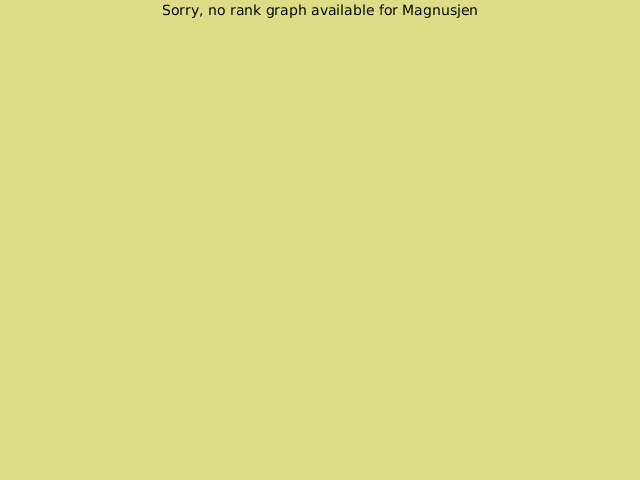