To resist is to avoid doing what your opponent would like you to do. It is the natural response to a forcing move to resist wherever feasible.

Question: Is there a term in Japanese for not playing the expected response to a kikashi?

xela: This comes under the general heading of kiai ("fighting spirit")?

From Attack and Defense: 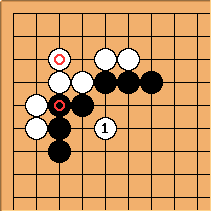 3-3. What if afterwards white tries to force with 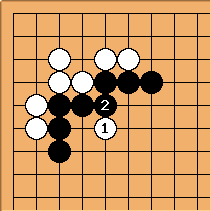 Black is submissive and connects with

in bad shape (empty triangle). Black has been completely forced. 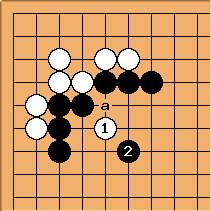 Black resists being forced by playing

. This stone is much more useful than simply connecting at a. White cannot cut directly without being captured. 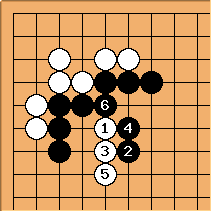 If white persists with

, black connects his stones anyway and white is heavy. Making a kikashi stone heavy is a major error. White is far better off not playing here in the first place, so long as black resists. 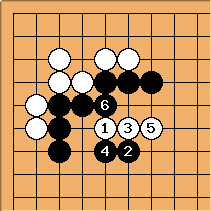 Similarly, if white tries to go the other way, she again ends up with a heavy group.