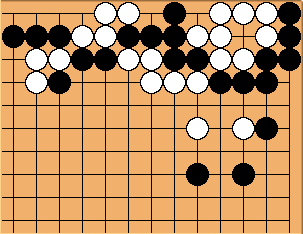 Suppose the ladder is bad for White. 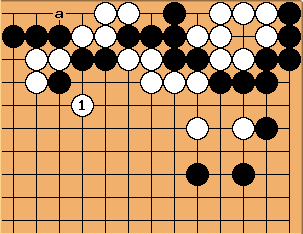 works, and in time to prevent Black at a succeeding. 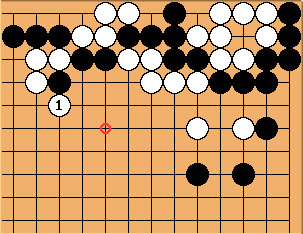 So, if we prefer the firmer capture, which should it be? The second choice has some advantages, too.

I still prefer the net because the aji doesn't reach the circled point. Dieter

On the other hand, the atari removes or at least strongly diminishes the aji in taking a liberty from the three white stones on the left. Andre Engels 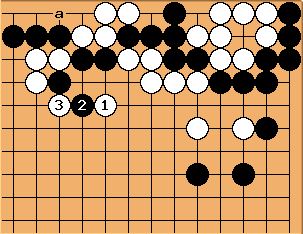 unkx80: I see interesting discussion here, and time I add fire to it by suggesting yet another possible geta, commonly seen in tesuji books. However, I suppose it is not as good as the first one. 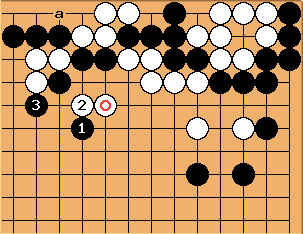 Charles In this case Black has forcing plays such as

to annoy White, and get the maximum out of the lost stones.