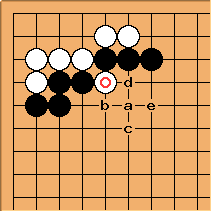 Black has a choice of net captures of 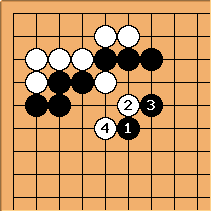 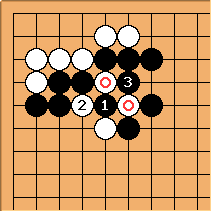 stones (in a ladder, if White connects at

Of these three nets, one prefers number 1 to number 3 on the choose the firmer capture principle - though that doesn't always apply when building influence. 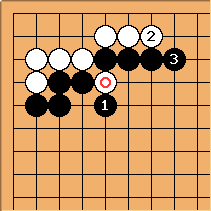 There is a problem with choice 2, namely

. It might depend whether Black actually wanted to provoke the

exchange. If so, choice 2 is better than choice 1. 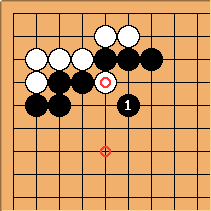 In this case White has a forcing play at the circled point. This is still a little too close to Black's influence.

The decision may therefore depend on the direction of fighting.