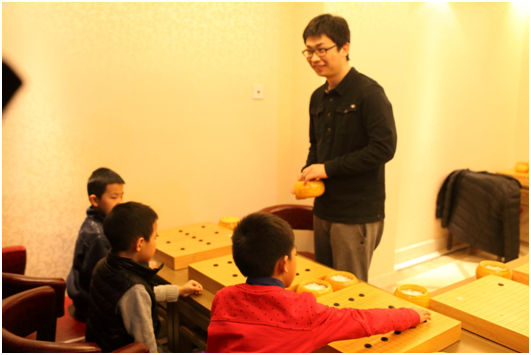 Member of the Team Liaoning winner of the 2011 China Weiqi League.

Since Aug. 2013, when WeiqiTV? was put online, He's been contributing to it as a game commentator and a program host. His commented games includes those played by himself and games from all sorts of go tournaments, including 3 games played in 1st European Pro Qualification 2014, together with Luo Gang, as shown below.