A sequel to Widest Path for Waltheri and another addition to the widest path genre.

Waltheri has a feature allowing one to search only for "modern games", which in this context means those from the 21st century. Widest Path for Waltheri was a search of all Waltheri's games.

Unfortunately, Waltheri has become a little out of date at the time of writing (October 2021), having no games played later than March 2020. This means that the "new games" search, to query games from the past year, can't be used. 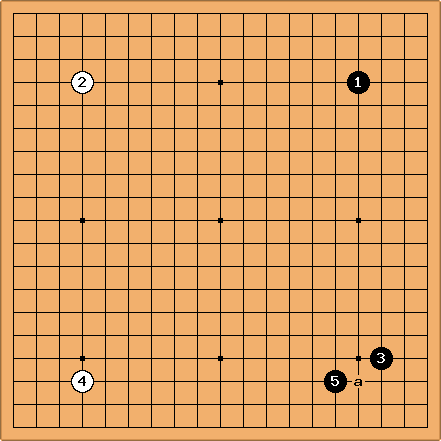 The nature of this search doesn't allow one to see the percentage of the first move directly, but it's about 28,820 games. The komoku has a little less than 18,000.

1,916. Approaches to White's komoku also have a lot of play. 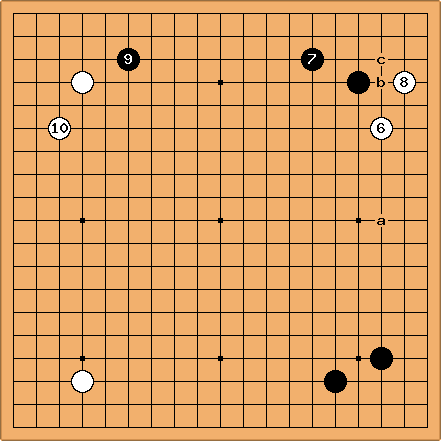 Thus far we have followed the widest path for Waltheri, which was centred on a line most popular in the 2000s. However, we now deviate.

In the all games path,

(276), the slide, excludes post-bot games. However, there isn't a single hit for

at c only has one game.

(89). A straightforward opening proved most attractive. 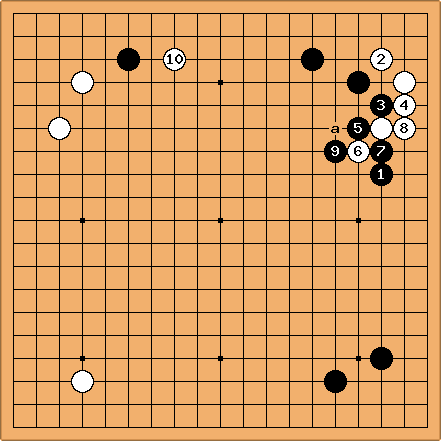 will often be at

(42). White doesn't usually take the ladderbreaker yet. At this point it becomes clear that our focus has been drawn to an opening played from 2013 to 2016. 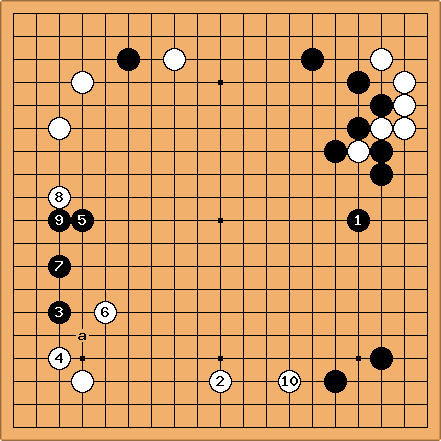 (34). Fixing in what would seem to us to be post-bot style. The direct capture has been played, but is recorded only once.

(26). An interesting reversal of move order, the "ladderbreaker" being played after the fix.

(9). a has five games. It's interesting to note that from this point on Waltheri's modern games path exceeds in length its all games path, which had 23 moves in the 2017 testing. 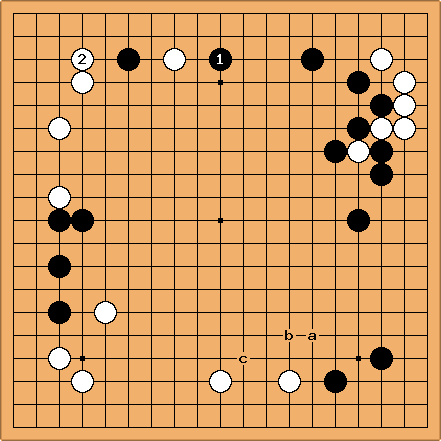 (2). b branches. This is technically the end of the path, as Kim Jiseok continued with a in one game and c in another. However, the game Ke Jie -- Meng Tailing 2013 transposes into this position due to using the

order. Including this result gives us a second hit for 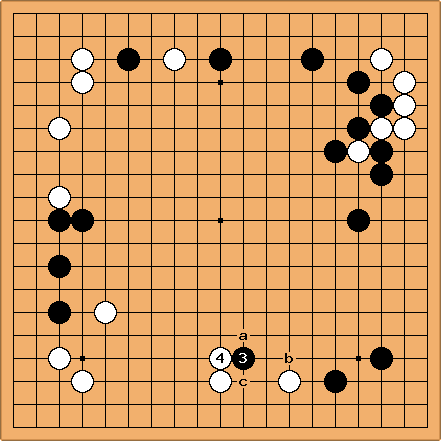 The end of the path is definitely reached at