The submarine is one of the moves possible against the black formation. It is a probing move. 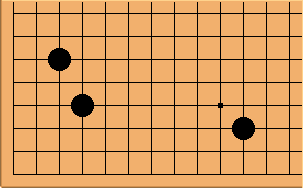 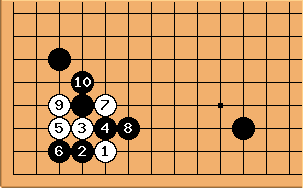 : This is called the "submarine". Black has several responses. 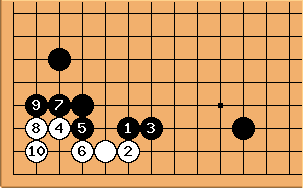 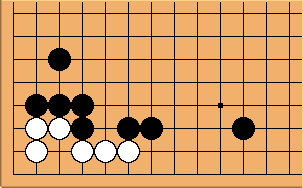 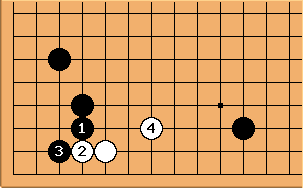 : Again, Black has a choice of which direction to block. 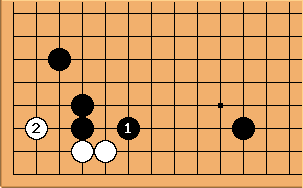 : This is the key move to live. 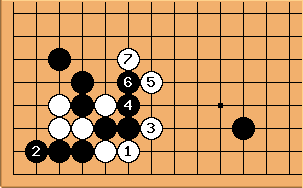