Here we look at one of the normal ways to attack the low chinese opening and what happens if the opponent neglects to reinforce his stones. That is, we explore the meaning of White's shape. 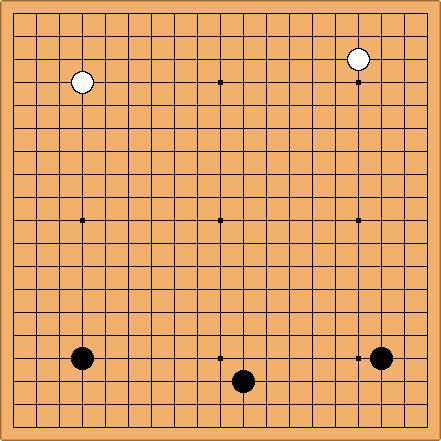 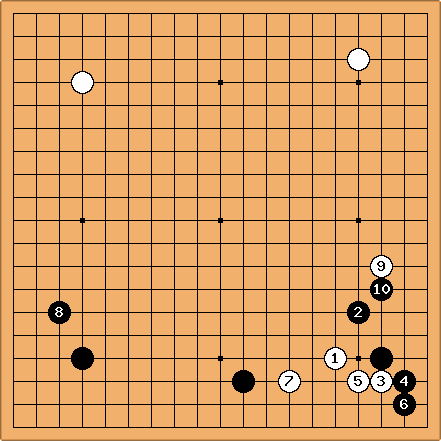 : This is one of the normal ways to attack the low chinese opening.

: Black doesn't extend from his stones on the right side and plays a big point instead.

: If Black neglects to reinforce his stones, White can attack at the vital point.

: This is a normal response. 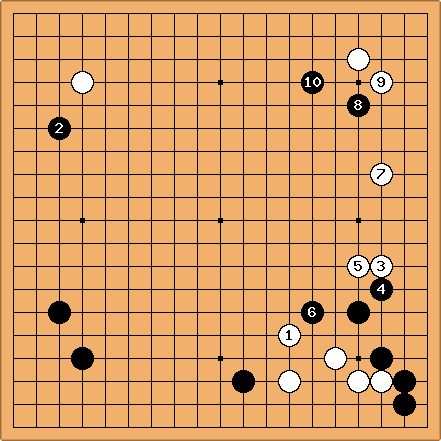 : White could take the time to reinforce his stones.

: Black can't really afford to play off once more, but let's say he does so we can see the continuation White has on the right side.

: If White now gets to play the vital point, he will have an easier time.

: Now White doesn't need to react to this move.

: White gets an ideal extension.

: Black makes an invasion similar to White's invasion of the low chinese formation. 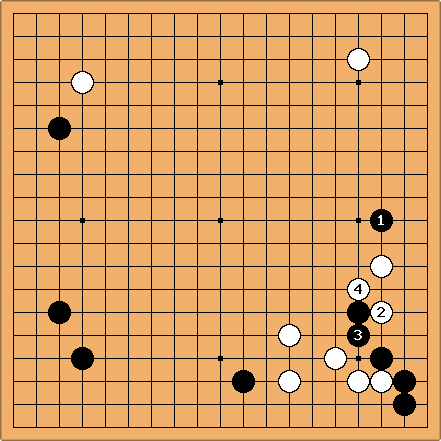 : Black should not block from this side. 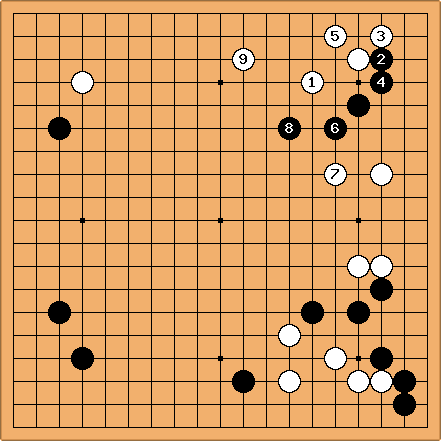 : This is another idea.

: This is the correct move to get out. 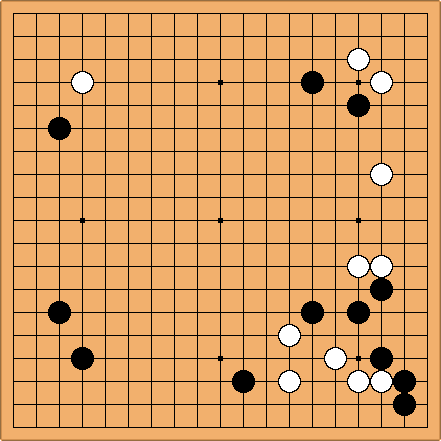 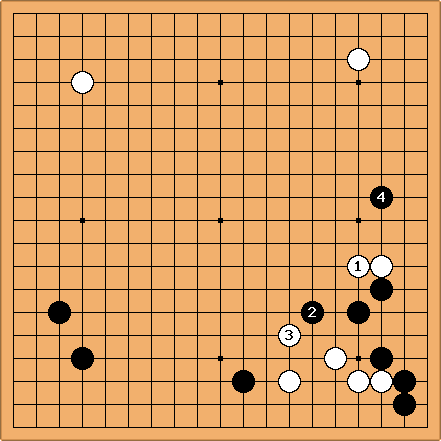 3: A black move here would be uncomfortable for White.