Maruseru/ Invade On The Fourth Line

White to invade the upper side. Black seems to have made a mistake in his choice of joseki in the upper left corner, as this joseki should only be played if Black has a stone in the middle of the upper side. 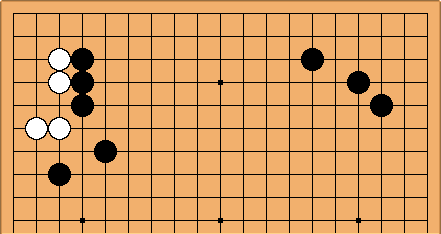 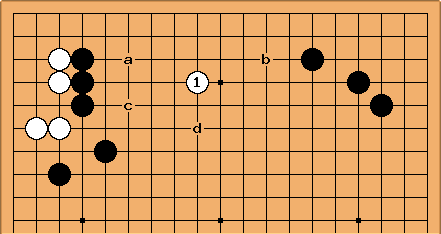 : Conventional wisdom says to invade on the third line because it is easier to make a base there. However, in this formation, it is good to invade on the fourth line, because White doesn't want to make a base on the top anyway, but needs to run out. For running out, the fourth line is better than the third line. White has plenty of good continuations in the points 'a' to 'd'. Note that 'c' threatens to cut. 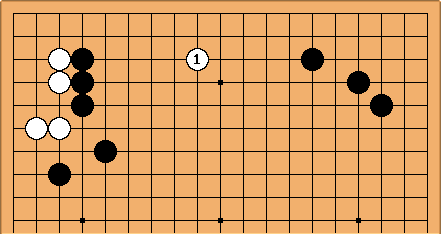 : An invasion on the third line will certainly live, but now Black can build outside influence more easily than if the invading stone had been on the fourth line.