The position shown here has been adapted from a real amateur game; the lower left corner is not important to show this principle. Black needs to reduce White's moyo. 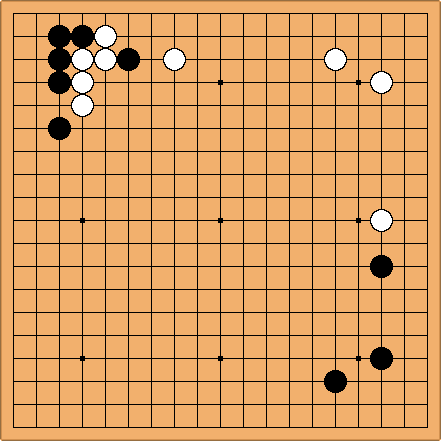 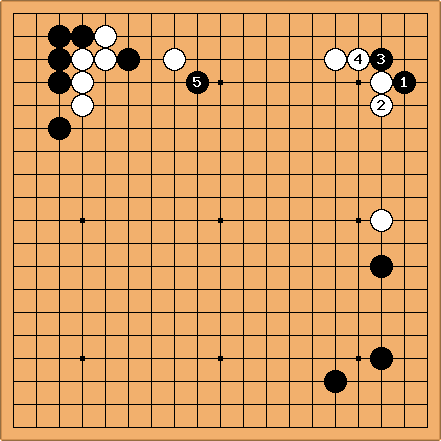 : This is a probe, asking White which side (top, right, corner, outside) is important to him.

: White stresses the outside, letting White live in the corner with the tripod group.

: Black plays on the outside, because White has answered Black's probe with a move that stresses the outside. So Black is trying to counter White's intention. Black retains the aji of living in the corner. 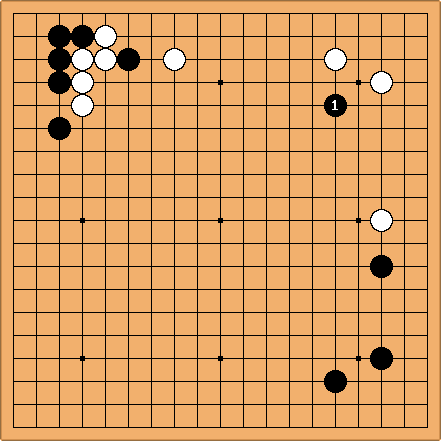 : This is the normal idea in a double-sided position based on the keima shimari.