This shape occurs when a popular joseki has been played starting with Black on the 3-4-point and White approaching at the 5-4-point (i.e., a high approach). White has played the diagonal move and peeped at the gap between the black stones. Let's explore Black's and White's continuations. 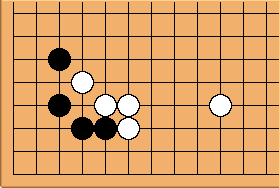 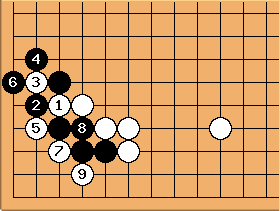 : If Black has played off after White has peeped, pushing though and cutting is natural.

: Black captures the cutting stone to avoid being sealed in. The question is now what potential White has in the corner.

: In this case it is simple - White can just capture the corner. 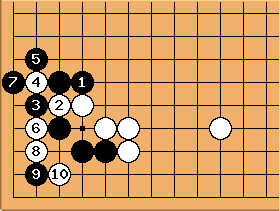 : What if Black resists this way?

: White can still push through and cut, if this stone can escape easily, for example, if there is already a White formation on the left side.

: This is the most forceful move. 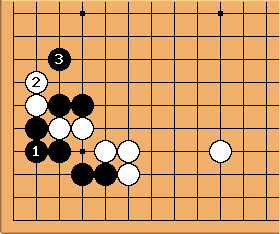 : If the white cutting stone can't easily escape, Black could play like this. 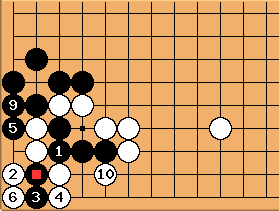 : White gives up his two original cutting stones and eats up the corner territory instead. 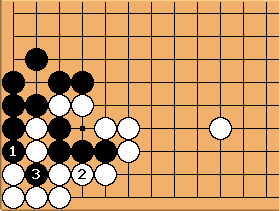 : White has taken away Black's corner in sente. 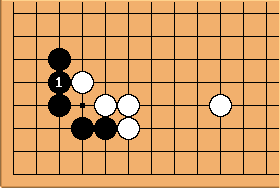 : This is the most basic move. 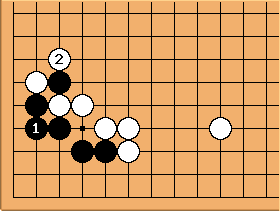 : White can capture the black stone in a ladder. This is a great loss for Black.