KarlKnechtel: Ooo, some complexity here. Looking more like an actual game situation than tsumego usually do to me. 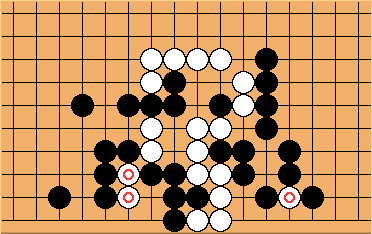 Black can obviously capture the

stones. Let's see what happens if he tries to go for the big kill. First, he will have to prevent White from connecting to the outside: 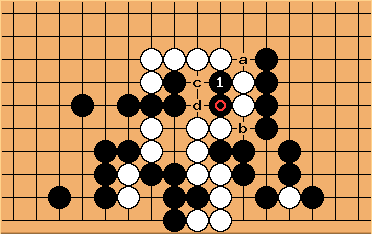 This is the way to do it - Black forms a bamboo joint so that c and d are miai to keep his stones connected, while a and b are miai to cut - we can worry about them later. Other plays won't do it -

at a, b or c will be answered by

at d is answered by

and a as miai to connect. 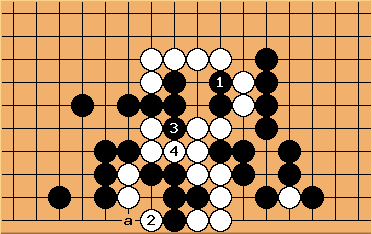 Now, White takes advantage of sente to win the capturing race at the bottom, using the technique from an earlier problem. Otherwise,

at a and it's all over for White. The

exchange is sente for Black, because of the threat to connect to the stones inside, and reduces White's eyespace. 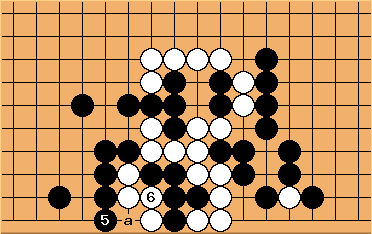 White captures because there's nothing else useful to do locally; and if she plays tenuki,

at a forces the capture and leaves one fewer liberty. 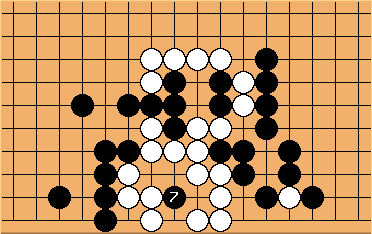 appears necessary - with any other move, 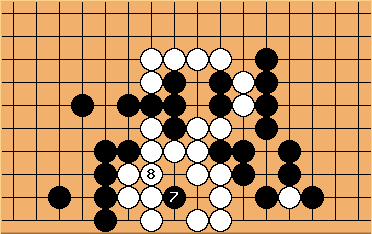 This dies in gote. 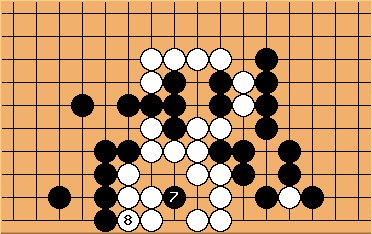 Same with this, I'm pretty sure. 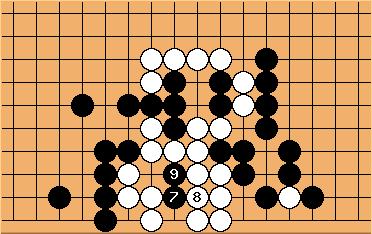 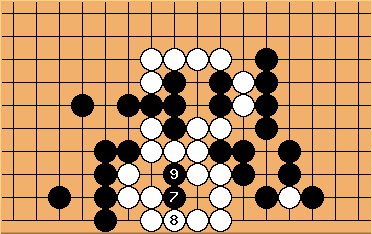 It looked promising, but fails. 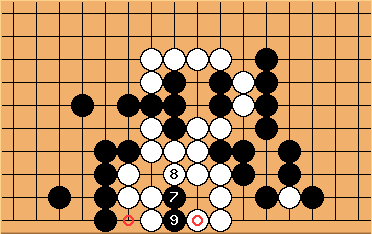 That's it. Even if the circled liberty had been filled, Black can't atari with

because of shortage of liberties.

So Black's grand plans are bound to fail, and he should just take the two stones on the side while he can (White doesn't get eyes at the bottom, but connects and escapes successfully).

had been Black originally (so that White would capture it), then White would have to be careful to capture right away at move

. Otherwise, the marked space is no longer a liberty; and

(which is now playable; the shortage of liberties is gone without

) is killing. What a hamete that would be - White doesn't appear to be threatened, so she assumes sente and plays tenuki; but it comes back to haunt her after she is forced to capture six stones and still can't make life or connect! (Or does White have other options without

Dieter: Karl, you're close in the diagram "White responds ...". As a shodan it took me a while before the rabbit bit the bamboo #:7 . Nice problem, unkx80.

Hint: It is possible to almost fill the white group into a particular kind of big eye.

KarlKnechtel: Hmmm... Ok, how about this: 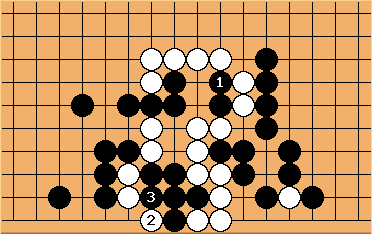 because of not 'biting the bamboo'. It threatens to capture, so White captures... 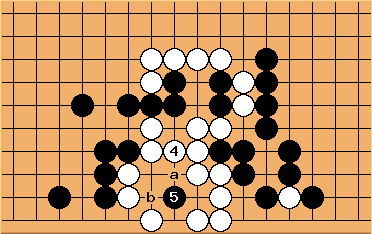 Black makes the nakade inside a "rabbitty six" (so now I get all of Dieter's pun). Now a and b are miai to prevent an attempt by White to divide the space.

Mental note: For 'killing' tsumego, don't put a high priority on reducing eye space if you're trying to cooperate with inside stones! 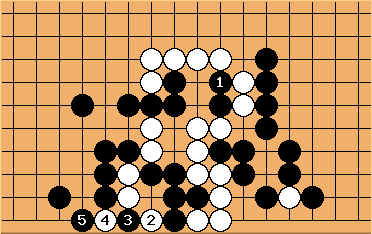 , White has no choice but to capture at

. Whether White chooses to block at

or not her group is dead before she can kill the black group. 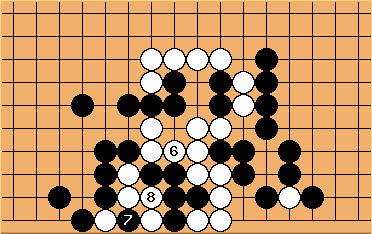 unkx80: White can play at

and give up one stone. When 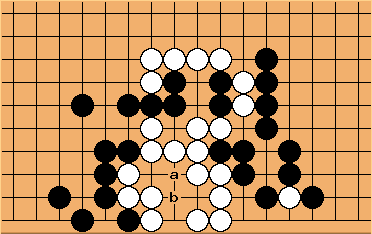 The end result after capturing: White lives. The points a and b are miai.